10 Alluring Places to Visit in Malaysia

A great story about 10 alluring places to visit in malaysia, Read about the things to do in malaysia for a perfect travel experience.
B
Bratati Chakraborty

Malaysia is one of the most diverse countries in the world and hence, has a lot of attractions to offer to its visitors. It is a blend of several cultures, cuisines, customs, and religions, and the best part is that all these co-exist peacefully together. Large island groups to mountains, fertile highlands, rainforests, mangroves, highlands, etc. this country's geography is equally diverse as well.

This unique country has a lot to explore with an amazing mix of colonial architecture, beaches, stunning National Parks, skyscrapers, tea plantations and a lot more. You might find it hard to decide which places to visit in this country of contrasts. Don't worry because this blog will discuss the very best places to visit in Malaysia and why. Let's begin!

You will most likely land here when you arrive in Malaysia and it is indeed a worthwhile destination to visit. The capital city of Malaysia is a mix of Malay, Indian, and Chinese influence and that means that you shall have no shortage of culinary exposure here. Kuala Lumpur has no shortage of things to explore and enjoy. It is packed with markets and some of the places you must visit when in the city are: Chinatown’s Petaling Street, Merdeka Square, KL Bird Park, the National Palace, and the House of Parliament.

Malacca’s enchanting lanes are filled with red-hued churches and colonial frontispieces. The city has seen the colonial rule of Portuguese, Dutch, and lastly, the British. Several maritime museums will help you in unraveling this past. The city also has the pandemonium night market in the Jonker Walk and this is one of the best in entire Malaysia.

The colonial city of Georgetown was turned into a UNESCO World Heritage Site and holds plenty to offer in the form of museums, seaside fort, street food, historic homes, and so on. Many artists have left murals along the streets. You will find plenty of stuff to do here along with cafes, shops, and other things. Penang is the perfect place to try out delicious street food in Asia.

This place is well-known for its outstanding limestone karst formations and amazing cave systems. This is one of the most beautiful natural attractions in entire Southeast Asia. It is situated in Malaysian Borneo in Sarawak State. It houses some of the longest and largest cave systems in the world. The largest cave chamber in the world, the Sarawak Chamber is also included in this list. This chamber is so large that it can hold 40 Boeing 747 aircraft.

The park is a UNESCO site and shelters mossy rainforests where helmeted hornbills roam freely. You can trek over canopy bridges, get to see the caverns of Mount Api and so on.

Langkawi is an archipelago consisting of 99 islands located in Malaysia's northwestern coast in the Andaman Seas. The place boasts of picturesque beaches, mangroves, rainforest, and forest-clad hills. Lately, resorts, restaurants, hotels and other facilities have been installed in Langkawi. Hence, tourists have the opportunity to enjoy the natural beauty of the archipelago.

This is the oldest tropical rainforest in the world and encompasses 3 states across the northern part of Western Malaysia. This is a popular eco-friendly and adventurous destination. This National Park houses rare plants to exotic birds and scarce fauna such as the Malayan Tiger, Sumatran Rhinoceros, and Asian elephants. You will get the chance to go for the famous Canopy Walk here, there is a long suspended bridge much above the treetops where visitors can walk and glance at the exotic birds. Here, you will see plants that bloom just in the night time, fungi glowing in the dark and much more.

This is the largest city on Borneo Island. It is a popular place for you to explore Borneo's rainforest and the Sarawak state. Kuching offers a lot for visitors to watch and so. There are historic landmarks, buzzing markets, and outdoor activities among other things to do in Kuching. It is situated on the banks of the river Sarawak that has a beautiful waterfront offering iconic views of popular landmarks like Astana Palace and Fort Margherita.

Kota Kinabalu is the capital of Sabah State of Malaysian Borneo and is growing pretty fast as a tourist destination. The reason being the tropical islands, rainforests, national parks, Mount Kinabalu (Malaysia's tallest peak), wildlife refuges and many more attractions that lie nearby. The city boasts a lot of landmarks, observatory, memorials and much more. There is Tunku Abdul Rahman Park just minutes away from Kota Kinabalu and it features 5 islands that are good for diving, snorkeling, and swimming.

The lowlands can get pretty hot, but the Cameron Highlands offer a cool escape from them. These are located in the Titiwangsa Mountains and make for one of the oldest destinations in Malaysia. These have been created with English garden-like charm and offer forests, wildlife, outdoor recreation and a blanket of greenery. This is the chief tea and flower producer of Malaysia and is full of sprawling tea plantations and flower farms. There are many picturesque golf courses here as well.

Located on West Malaysia's southwestern coast, Melaka commands an important position on the busy sea route between India and China. This place was ruled and battled over for centuries by the British, Indians, Dutch, and the Portuguese. As an outcome, this city has now become a mixture of different types of architecture, traditions, cuisine, and culture. There are plenty of charming villas located in the Portuguese settlement in Melaka and the Dutch district in the East displays some of the oldest Dutch architecture. 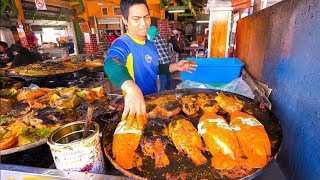 Malaysia
Learn about the Street Food In Malaysia - Ultimate Malaysian Food In Kuala Lumpur
Huge thank you to Fadhlur for reaching out and taking us on a Malaysian street food tour of Kuala Lu... 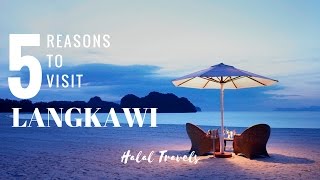 Malaysia
Video showing 5 Reasons to visit Langkawi
Welcoming people of all communities and backgrounds. Join me Ahmed, as I travel around the world and...
GET QUOTES