10 Must Visit Places in Australia

A great story about 10 must visit places in australia, Read about the things to do in australia for a perfect travel experience.
T
True Hab

Even though Cairns itself is a ‘not so beautiful’ spot, the rainforests that encompass it and the wonderful turquoise waters that lap against its seashores more than compensate for the absence of sights in the city. A popular spot with vacationers, the city is viewed as the entryway to the Great Barrier Reef; this is probably the only valid reason behind why Cairns is so popular with travelers. Away from the reef, there are a number of stunning sights close by, and loads of individuals stop by Cairns when making a visit to the Daintree National Park or the Wet Tropics of Queensland. The fourth most well-known city to visit in Australia, Cairns has a variety of great bars, cafés, and shopping choices to keep guests engaged before they head off into the wild.

A laidback city with a serene and calm atmosphere, Adelaide's peaceful roads are covered in unique bars, which make it a fun spot to go out in; there are heaps of extraordinary music venues worth looking at and visiting. Nicknamed 'the city of churches', the local worship centers add to the beauty and pleasantness of Adelaide and there are heaps of open green spaces for everyone which gives this city a unique appeal. Adelaide is also known for its music scene, with a large number of music performance centers and venues.

With a strong focus on fine and performing arts, Adelaide’s artsy scene is as awesome as its eateries and bars. The best time to visit this beautiful town in during the celebration of  ‘Mad March,' when the city has various celebrations, art festivals and shows simultaneously. There is so much to do and see, that you will realize quickly why this period is referred to as madness.

The island province of Tasmania might be segregated from the remainder of the nation however it remains to be perhaps the most naturally mesmerizing spot to visit in Australia with over 40% of its region conserved for natural preservation purposes. With flatlands, wild forests, protected bays and waters and snow-capped mountains blended in with stunning white coastlines, waterfalls, and dense forests, exploring this territory is a dream come true. Taking a boat trip along its rough coast is a great experience as well as you can observe dolphins, penguins, and seals. The capital city of Hobart is an absolute delight with a number of quality cafes, bars, and restaurants. The island also hosts some large festivals where you can experience a variety of different activities while enjoying local lager and wine.

The capital of Western Australia, Perth is exceptionally different from the remainder of the nation while being quite isolated as well. It has a very relaxed ambiance along with some awesome social locales and considered one of the most sought after places to live. An energetic spot, Perth is blessed with plenty of sunlight and its seashores are ideal for unwinding. Away from the beach there are a variety of open-air exercises for you to appreciate. There are heaps of phenomenal exhibition halls on offer just as some extraordinary shopping alternatives in this city of about 2,000,000 individuals. With a gigantic assortment of bars, bistros, and eateries, segregated Perth is the ideal door to the remainder of the west.

A mainstream vacationer goal, Brisbane is an exuberant, powerful spot that is washed in delightful daylight all year. It has a population of around 2 million individuals, making it the third-biggest city in Australia, after Sydney and Melbourne. Situated in the Sunshine State, numerous guests stop by on their way to the fabulous hotels and seashores that lie to its north and south. Set close by the Brisbane River, the city's incredible atmosphere implies that open air exercises are exceptionally mainstream here; you can take your pick from a gigantic index, with biking, climbing, and climbing including conspicuously. A fun and inviting city, Brisbane's lively music scene has made it one of the music capitals of the world and there are loads of settings around where you can appreciate an extraordinary show. With heaps of splendid eateries and bars for you to browse, Brisbane isn't to be missed.

Involved by Aboriginal individuals for more than 40,000 years, Kakadu National Park has more than 5,000 antiquated stone craftsmanship locales that are entrancing to visit. It is a position of monstrous social and common hugeness. The recreation center is gigantic and contains some shocking characteristic sights which make it certainly justified regardless of a visit; the Kakadu Escarpment is especially amazing. With various environments contained inside the recreation center's limits, you can be climbing through left sandstone slopes one moment and washing in cascades and pools the following, before later on finding out about a portion of the old stone artworks. While it can get well known, Kakadu's colossal zone implies that you can without much of a stretch appreciate all the recreation center brings to the table in harmony and calm if you step unusual a bit.

Melbourne is a cool, cosmopolitan city that is considered by numerous individuals to be Australia's capital of culture. With bunches of extraordinary craftsmanship exhibitions, some fabulous historical centers, and an energetic music scene, there is continually something to see or do in the nation's second-biggest city. Because of its high caliber of life, residents from around the globe have rushed to the lanes. Its multicultural populace is reflected in the delectable cooking on offer and the interesting neighborhoods that make it such a captivating spot to investigate. With a European vibe about it on account of the design on appearing, meandering around the city's boulevards and various green spaces will inevitably make you begin to look all starry eyed at Melbourne.

The biggest coral reef framework on the essence of the earth, the Great Barrier Reef is just huge. Extending for more than 2,300 kilometers, it is astoundingly unmistakable from space, and 900 islands speck this tremendous biological system, which is really included 2,900 individual reefs. Visiting the Great Barrier Reef is a lowering encounter; each year around 2,000,000 guests appreciate all that this normal miracle brings to the table. Swimming and scuba plunging is the most ideal approaches to encounter the delights of the rich submerged world, while pontoon trips, kayaking, and even helicopter rides offer another perspective on the reef's enormous extents. Tenderly cruising through the ideal turquoise waters, dolphins, sea turtles and the reef itself are noticeable beneath the waves – an extraordinary encounter.

World celebrated, marvelous Uluru is immediately unmistakable because of its rosy red tint; it is one of Australia's most conspicuous milestones. The massive stone is staggering to visit and the fundamental explanation of the national park is such a well-known goal. Its loftiness and uniqueness live long in the memory of the individuals who look at it. While Uluru is the fundamental draw, the similarly hypnotizing stone arrangements of Kata Tjuta are fabulous to meander around, and there are bunches of exercises for guests to appreciate. Claimed by the Anangu Aboriginal individuals, the site is of incredible social and otherworldly importance to them; you can become familiar with their lifestyle at the splendid social focus. With loads of extraordinary strolls, bicycle rides and visits for you to appreciate the dumbfounding magnificence of this national park is truly remarkable.

Nearly all around flawless, Sydney is an incredible city with a ton making it work. A cutting edge city with a long history, Sydney is characterized by its beautiful harbor. The area's first occupants lived along the harbor's bank for a large number of years. The harbor was likewise the arrival site for convicts sent to Australia during the 1780s. Today, ships take guests for travels under the acclaimed Sydney Harbor Bridge and past the famous Sydney Opera House.

While those celebrated milestones are the undoubted features, the city has significantly more to offer. With loads of galleries, theaters and films spotted about town, Sydney's flourishing social scene implies that there is continually something to see and do. Thusly, the city is extraordinary to live in and the incredible seashores on offer just add to its appeal. The delightful Bondi Beach is an absolute necessity to see when visiting Sydney. Open-air exercises assume a huge job in Australian culture. Encompassing the city, there are various splendid national parks for guests and local people the same to appreciate, just as some intriguing and instructive authentic destinations. A fun and vigorous city with a great deal taking the plunge; Sydney is in actuality one of the most well-known goals in Australia

Australia
Sydney Port Stephens & Hunter Tour Holiday
Undeniably one of the most beautiful place to stay on Earth, is what Sydney can be rightly described...
4 D · 3 N
₹41328 ₹37195
Deal of the day
10%
off

Australia
Australia New Zealand Highlights
The Pearls of the Pacific! Welcome to the smallest continent that offers the biggest amount of fun a...
13 D · 12 N
₹300000 ₹270000
Deal of the day
10%
off

Australia
Sydney Melbourne
Victoria's capital Melbourne is regarded as one of the world’s most livable cities. Explore Me...
7 D · 6 N
₹51660 ₹46494 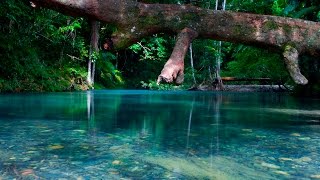 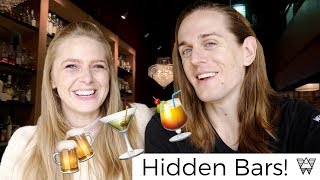 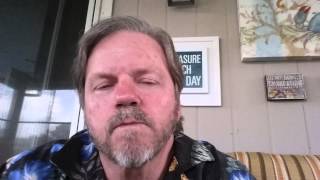 Australia
Learn about When is the Best Time to Visit Australia
If you are looking to travel to Australia please keep in mind the different seasons there (the oppos...
Read More 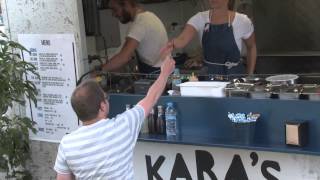