A great story about 2 weeks in andaman - photos of tropical paradise, Read about the things to do in andaman for a perfect travel experience.
N
Neelima Vallangi

Far far away from my beloved mountains and Himalayas, I took a chance by visiting the tropical islands of Andaman this October. I am not a big beach person, neither do I know how to swim so I went there with mixed feelings. Don't be surprised if I tell you I never got into the water beyond my knees, did not snorkel and didn't Scuba dive either! But I had the most rocking time ever! No kidding, here's what I saw during 14 days. However, before that, let me gloat about the bragging rights I acquired after visiting some of the most exotic and remote islands of Andaman! :)

This was my first stop. Landed in Port Blair and headed straight here the next day with my friend. A quaint little island which still has managed to retain it's charms yet offering enough comforts to the traveller, it was a good place to start getting used to the island culture before I headed to the more remote parts. I fell sick right on day one, went to the hospital, got myself a small heart attack when the doctor checked for malaria, thankfully which was a negative. But the temperature was still running high, which is why I didn't snorkel. But that didn't stop me from shooting the stars though. The resorts are located right off the beaches, making star gazing and sunset viewing very very convenient!

Two days later my friend and I went separate ways, she took the ship to Havelock and I, further to Long Island. It was a long journey and I was the only tourist in the boat apart from locals. We went past many small islands scattered here and there. Finally when I landed I knew this would be wild but it was much more wild than I expected. I spent three days in the island with no other traveler in sight, walked to the farthest beach, drank fresh coconut water straight from the tree and wandered alone in the ruins of the island.

Three days after I landed in Long Island, I took the ferry to Yerrata Jetty. The boat went through mangroves and several densely forested islands with no beach. It looked very wild and very beautiful. The jetty was constructed right in between dense mangroves, so much so that I felt I was in the movie Anaconda or something. Several hours later I landed in the desolate Kalipur, quite close to Saddle Peak. The remoteness of Long Island got to me and here I did not want to be in the budget bamboo hut far away. Instead I convinced myself that I earned some luxury, stayed in a beautiful cottage. Thankfully there was one other French couple in the huge property. I spent three days here as well.

After Long Island, Kalipur and the ridiculously tiring journey from Diglipur to Port Blair through the Jarawa Reserve, I was in double minds about visiting Little Andaman. Practically no one could give me useful information on how this island would be. Several phone calls later I finally summoned some courage to visit this very less known island and what an island it was! I can even claim that this was the best beach I had seen so far in all of Andaman. Three days later I had no intention of leaving but forced myself to return back.

Between the island hopping, I took a day to visit the popular tourist spots, one of them being the Ghost town of Ross Island. The once thriving settlement was abandoned after repeated earthquakes and water depletion. Today all that remains is the red bricks and the growing forest around it.

Andaman
Video showing Andamans Travel Book - Complete Travel Guide 2020
Get some popcorn and a soda .. sit back and enjoy this 12.30 mins of entertainment this is not a tra...
Read More 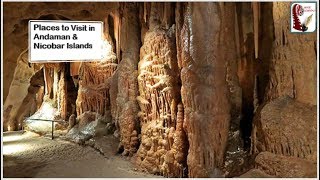 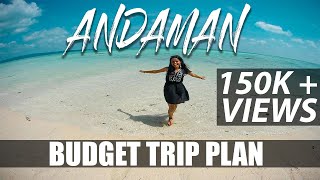 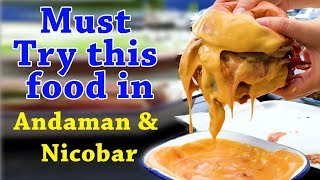 Andaman
Watch My Favourite Restaurant at Havelock || Golden Spoon
4 hours of out in the sea in Andamans and diving leaves you exhausted. To cope with that exhaustion,...
Read More 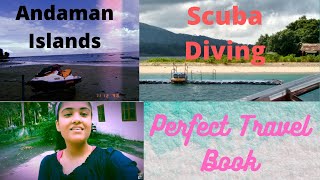 Andaman
Watch Best Time To Visit Andaman
Before planning a trip to Andaman one must check the temperature & climate and then determine the tr...
Read More
GET QUOTES