A great story about 20 reasons to visit macao in 2019!, Read about the things to do in macau for a perfect travel experience.
S
Siddhartha Joshi

Macao is often called the Vegas of the East, but as it marks 2019 as the twentieth year of it's return from the Portuguese to China, the region has really come of it's own. The city is a meling pot of cultures from the East and the West and has something for everyone, from culture to nature to adventure to food - it really is a perfect destination for families as well as solo travellers!

I haven't been to Macao so far, but as a traveller would love to do it someday, hopefully soon. In any case here are 20 reasons to visit Macao in 2019!

1. Exploring the ruins of St Paul's - St Paul's is a 17th century religious complex and is also a UNESCO World Heritage site of Macao. Though its quintessentially Portuguese, it was actually carved in large parts by Japanese christians. This is certainly a must visit cultural place of the city.
2. Senado Square - the square is as European as it could get in Macao Built as a meeting place for the Chinese and Portuguese traders, it's not a place where the city meets and relaxes. Many festivals are celebrated here and it's good to know in advance on what's happening here when you go!
3. A-Ma temple - built in the 15th Century, the temple is dedicated to the Chinese sea-goddess Mazu. It's believed that the name 'Macao' is actually derived from this temple and that makes it even more significant for the city.
6. Museums of Macao - It might come as a surprise, but Macao is also a home to many museums. Some of the most popular ones include Macao Museum, Wine and Grand Prix Museum, Macao Museum of Art and Grand Prix Museum.
7. Fortaleza do Monte - the Fortress of Our Lady of the Mount of St. Paul is a historical military fort of Macao. It was built in the 17th century and is today a part of the UNESCO World Heritage Site of Macao.
8. Mandarin’s House - this is a historic residential complex in Macao which is today is heritage building. One of the largest family homes of Macao it once housed Zheng Guanying - the famous Qing theoretician and reformist.
9. Festivals and events in Macao - Macao hosts many different cultural festivals and it might be a good idea to align your visit to match a festival. Latin American Cultural Festival and Broadway are coming up soon!

10. Bungy jumping Macao Tower - this is perhaps the most thrilling experience in Macao and if you are an adventure junkie, this is a must-to-do. This is certainly right on top of my list. It's a little expensive and the booking has to be done online. Check here for details.
11. Skycap Cable Car - A fanciful dragon lifts you into the sky, affording a spectacular view of our iconic Performance Lake, before gently setting you down in a garden, where a member of our talented Reception team welcomes you. Check here for details.
12. Hiking Trail in Coloane - this is the longest trail in Macao and is a must for fitness enthusiasts. It encircles the entire Coloane Island is suitable for both experienced hikers as well as families.
11. Hike up Guia Hill - Guie Hill hike has some interesting reward at the end like Guia Lighthouse, a cathedral and Guia Fortress. It's not a difficult hike and takes about an hour to reach the top.

12. Ocean Kingdom Park - I am not a fan of ocean parks, so this isn't for me. However, this Park is a huge draw, especially for kids and families.
13. Fun on the beach - you may not know this, but Macao has some interesting beaches and the most famous one called the Hac Sa Beach is one kilometre long and has black sand! This is the one I would like to explore, but there is another one called Cheoc Van Beach which is also supposed to be good.
14. House of Dancing Water Show - this is a water based stage production which takes place at City of Dreams resort. It's one of the most popular attractions of Macao, so it's good to book in advance.
15. The Venetian - this is one the grandest hotels and casinos of Macao and also often hosts sporting events like basketball, tennis, and boxing as well as music concerts.
16. Grand Panda pavilion - Though you can see Pandas in Ocean park too, this is a dedicated facility to see them. Read more here.
17. NatureNam Van Lake - the lake is right in the middle of the urban metropolis, yet it allows you to relax and stay calm at the end of a long day.

18. Cafes in Macao - now this one is especially for me as I love to hop cafes in a new city. It's a way for me to discover the coffee culture of the place and also get some work done as I sip the hot dark concoction. Macao has some great cafes too notably the Lord Stow's Cafe, Terra Coffee House, Kafka and Single Origin - Pour over and Espresso bar.
19. Shopping in Macao - well I am not particularly into much of shopping, but Macao has some grand shopping malls with all brands available together. Over the years, it has certainly become a popular destination for shopping as well!

20. Casino Hopping - Let's end the article with casinos which made Macao so popular in the beginning. These casinos are a big draw still for many visitors and the city does offer some of the grandest casinos in the world. The ones highly recommended include Golden Dragon, Babylon Macao Venetian Macao, Lisboa Macao among others. Casino isn't just a place for gambling though, there's something for everyone here as well with curated spaces and excellent food experiences. A visit to a casino is quite an experience and I can say that with my own casino experiences from United States! 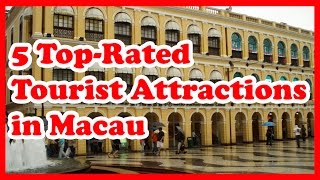 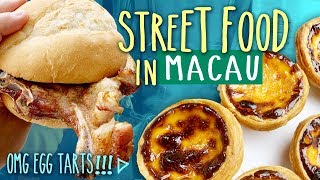 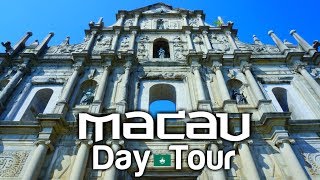 Macau
Learn about What to Do in Macau? Macau Travel Guide
Macau is just an hour away from Hong Kong by ferry so if you have a day to spare from your Hong Kong...