Bibi ka Maqbara: the Taj of Deccan and an ode to motherhood

A great story about bibi ka maqbara: the taj of deccan and an ode to motherhood, Read about the things to do in agra for a perfect travel experience.
S
Siddhartha Joshi

On 17th June 1631, Mumtaz Mahal died while giving birth to her 14th child, most likely due to post-partum haemorrhage or excessive bleeding after birth. Interestingly Mumtaz wasn't the only queen who died in child birth during that time. Margaret of Austria, Queen of Spain, Empress Xiaochengren, the first Empress Consort of the Kangxi Emperor of the Qing dynasty, China, Agafya Grushetskaya (1681), the first wife of Tsar Feodor III of Russia and Gabrielle d'Estrées (1599), mistress of the French King, all died during child birth. In fact Mumtaz Mahal's own daughter-in-law, Dilras Banu Begum, also died 26 years later during, you guessed it right, child birth.

Clearly dying during childbirth wasn't uncommon even among the royalty back then, but Mumtaz and Dilras have something else also in common, which none of the others do. Both their husbands loved them a intensely and when they died they both built extravagantly beautiful mausoleums for them which exist even today to tell their tales of love and labour. While Shah Jahan built the world famous, Taj Mahal for Mumtaz, his son Aurangzeb built Bibi ka Maqbara, or Taj of Deccan for his wife Dilras. Though Aurangzeb commissioned the project, it was his son, Prince Azam Shah, who oversaw it's construction and is often credited for the building as well.

Point to note - Shah Jahan and Aurangzeb were not on good terms at all, in fact when Aurangzeb overthrew his father to sit on Delhi's throne he didn't kill Shah Jahan, but had him jailed in Agra for the rest of his life; the old man saw Taj Mahal slowly coming to life, no longer as a king who commissioned it, but caged in his own fort.

Anyway coming back to Bibi ka Maqbara, it's also known as Taj of Deccan as it was inspired by the former. However, by the time Bibi ka Maqbara was built, Mughals were no longer the stellar builders they once were, with Aurangzeb's focus on breaking down temples rather then building many major buildings. If you compare with Taj Mahal, you will certainly be disappointed by Bibi ka Maqbara, but as a standalone building it's certainly a treat to the eyes.

Aurangzeb commissioned the mausoleum three years after his wife died and the monument was finally ready between 1660 to 1661, though many additions were also made later on. The monument is also a great example of Muslim-Hindu collaboration - it was designed by Ata-ullah, an architect, and Hansat Rai, an engineer. It's made in the typical Mughal style with charbagh around it filling the U between the hills in the background and that makes it absolutely gorgeous at sunset.

Interestingly many articles talk about how this was the only large project commissioned by Aurangzeb, this is simply not true. The majestic Badshahi mosque in Lahore was modelled after the Jama masjid in Delhi and is quite impressive and the mosque he constructed in Kashmir is still believed to be the largest in the state.

My visit to Bibi ka Maqbara

The first time I visited Bibi ka Maqbara was when I was seven years old and barely remember anything, apart from the intense June heat. It was a few months after my first visit to Taj Mahal and to me it looked like a toy version of Taj. The second visit a while back was completely different.

We were on our way to Ellora Caves from Pune, and stopped by Aurangabad to visit the Maqbara. It was right before sunset when the light was golden and I simply fell in love with it. Taj Mahal didn't even come to my mind when I saw it glowing in the light, it's beauty almost restored to its past glory.

We spent more time than originally planned, and loved every bit of it. Needless to mention I did quite a bit of photography, but also sat in the garden and chatted up with a few locals too. While M did yoga, I tried finding a way to go up the minaret, and failed spectacularly.

When the sun finally set and we were all asked to leave, we reluctantly continued our road-trip to Ellora. It was a magical evening in a magical place, with quite a bit of dose of history and legends. 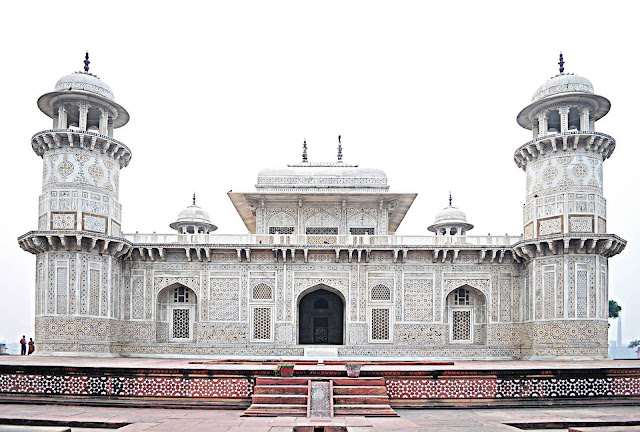 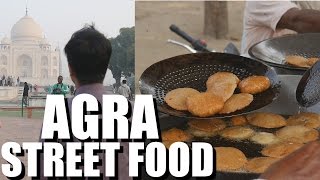 Agra
A Short Video On Indian Street Food At Agra
Bedai is an important breakfast item of Agra. Bedai is nothing but what most people call Kachori. It... 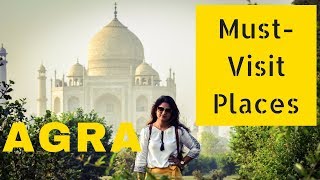 Agra
Video showing Places To Visit In Agra | Where To Go Other Than Taj Mahal
In this video, I have explored several monuments of Agra. We all know that Taj Mahal (one of the wor...

Adalaj ni Vav – Stepwell in Ahmedabad
Set in the quaint little village of Adalaj, the Adalaj-ni-vav-stepwell has been a popular destinatio...
GET QUOTES