Choquequirao Trek: The Real Lost City of the Inca

A great story about choquequirao trek: the real lost city of the inca, Read about the things to do in peru for a perfect travel experience.
m
my turn to travel

“I’m not going to Machu Picchu. I refuse to be around thousands of other tourists,” said Antonio, my tent mate during the Choquequirao trek.

Rumour has it that there is a set of ruins near Cusco that is almost as magnificent as Machu Picchu, but far less crowded.

Popular guidebooks noted that there are fewer than 30 visitors to Choquequirao per day, compared to the over 3000 at Machu Picchu.

Peru
Peru & Iguassu Tours
This is a shorter version of our South America tour. The 13 days spent on this tour will get you to...
15 D · 14 N

Peru
Vinicunca: The Colourful Rainbow Mountain of Peru
I stopped and gasped hard for air. My heart was beating faster than after a 100m sprint. I felt li...

Peru
Amazon River Boat: The Authentic Tour
My hammock rocks and sways as we make our way down the Amazon River in Peru. It&rsquo;s been a few r...

Peru
Gocta Falls & Kuelap Ruins: Why You Should Visit Chachapoyas
My tour guide Jeffery turned to me and said, &ldquo;I&rsquo;m gonna first explain in Spanish to the...

Peru
Nevado Mateo: My First Alpine Mountaineering Experience
I held on firmly onto the ice axe on one hand and stretched the other to pick up the metal hook my g...

Peru
Sacred Valley Cusco: 3 Circuits for the Perfect Day Trip
&ldquo;Are we in the Sacred Valley yet?&rdquo; An American lady in my tour group asked, even though...

Peru
Chavin de Huantar: Peru’s Forgotten Civilisation
I like to travel not just to see and experience new things. But to understand and relive the experi...

Peru
Tarapoto: Of Waterfalls and Medieval Castles
&ldquo;Hi, can you take a photo?&rdquo; The Peruvian girl in her teens asked in Spanish. &ldquo;Su... 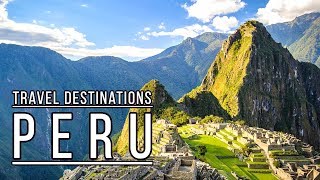 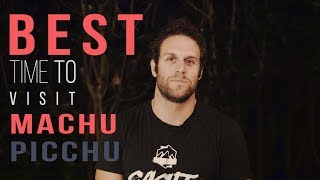