A great story about goa travel blog - goa beyond the beaches!, Read about the things to do in goa for a perfect travel experience.
S
Siddhartha Joshi

Why is it so difficult to think of Goa beyond its beaches? Even when I were to close my eyes a month back and think of Goa I too would think of beaches - pristine blue with golden sand and perhaps a bottle of Goa's favourite chilled beer King's. However, my last trip to the land changed it all. Here is my Travel blog story on Goa beyond the beaches.

Imagine walking through a lane in Goa with Portuguese houses all around you, and chatter in local Konkani and Portuguese filtering out of windows. The doors of these homes are open and families are happily wishing each other with cakes and hugs. If you are wondering this would be a typical day in colonial Goa in 1895, think again. The old world charm of Goa is not lost, not yet. It lives on in areas away from the overcrowded beaches, shouts of drunk men check women out and unlimited empty bottles of beer thrown around. If you have seen all of this, and want to explore something new in Goa - discover the Old Goa, discover Goa beyond beaches, alcohol and trance parties.

I was in Goa for Christmas and stayed with an Indo-Polish family in an old Portuguese house. And this was perhaps my best ever trip to Goa. I did visit the beach, but that was just a tiny part of the trip. I did so much more, things that can easily get overlooked if you spend all your time at the beach.

This is a quick guide on how you can spend days in Goa, exploring it's real way of life, it's churches in tiny villages, it's iconic Portuguese houses, street photography and of course, some unusual food.

Goa is home to some extremely old Heritage Portuguese Houses and many of these have existed for there for the last four centuries. These houses started getting built soon after the conquest of Goa by the Portuguese in the early 16th Century and continued almost till the time they left in 1961.

Over the years many pf these have disappeared while only a few have endured the test of times and live on to tell their tale to the world. One such house is the Braganza Pereira House located in the Chandor area of South Goa.

It's easiest to reach by a cab. Here's the address for reference.

River Mandovi flows through Goa and drains into the Arabian sea right next to Panjim. The river is beautiful and all along surrounded by a thick foliage of mangrove. Just before the river meets the sea, there is an island which had historically been a very important part of Goa.

The name of this exotic little island is Divar. Divar in native Konkani means small.

Before the island became an important symbol of Catholicism, it was an prominent Hindu pilgrimage center. Portuguese targeted the Brahmins on the island first for conversion, and that have rise to the community of Roman Catholic Brahmin.

Much before the present day Panjim became the heart of Goa, Divar was the capital of Olf Goa. It houses three key churches from Portuguese era, the most important of which is the Divar Church.

I was on the island for an architecture walk, as its famous for its old Portuguese villas, many of which still survive in pristine condition. It was Christmas day and pretty warm in the day, but we had a superb time discovering interesting villas with distinct architectural styles. I had an architect with me for company, and that made the walk even more fun. I still remember discovering the art deco style house of Alberquerue where we should have started the walk, but actually reached only in the end!

The island is not connected to the mainland by a bridge, so the only way to reach is through ferries. The ferry ride is free and if you intend to take your car you need to pay fee of Rs 10. I recommend taking a car as there is no other means of transportation within the island. Even the main town is a little far from the jetty.

Once you walk around a little in old Goa, it's easy to get addicted to its houses, especially the ones from Portuguese era. These houses have the most beautiful colors and textures, and are very inviting as photography subjects.

The best parts for house walks and house watching are:

The best way to explore these gems is on foot, but be prepared for a lot of walking. If you are in Panjim, the walk can be interrupted by many coffee and cake breaks :) You can eat as much as you like because the walk will anyway digest it all.

You can also visit the home of the wonderful old lady of Goa, Menezes Braganza Pereira, who actually receives visitors in her centuries old house and gives them a tour as well. She is a gem of a person and if you are nice, she will also give you a great account of the history of Portuguese in Goa as well :)

If you are an architecture enthusiast, I would also recommend going to the museum - Houses of Goa. The museum beautifully chronicles the history of these houses, their cultural and religious significance, the design elements and materials used and so on. The museum has a fee of Rs 150, out of which you can use Rs 50 for shopping in their curios shop later.

Goa beyond beaches: Living with a family

Anant and Ania are a beautiful couple who have now made Goa home, and they truly love the place. They hosted us at a gorgeous Portuguese Villa that they have leased out recently and our experience was nothing short of wonderful. Add to that wonderful coffee flowing through the day, and delicious baked desserts all round, and I never wanted to leave Goa :)

We celebrated Christmas with them at a local Church where I stood out as the weird one out in my shorts and tiny pony, while everyone else was dressed in suits and dresses. A few eyebrows were raised, but I pretended to be a photographer and disappeared in the crowd.

Goa beyond beaches: Coffee and Food

Wherever I go, I always seek out the best coffee in town. The best coffee has two elements for me - great tasting coffee and interesting ambience. Goa has many places which offer both.

While in town, we also experimented with many food types. I will talk about just one and it's called Bean me Up and run by Shaun. It's closer to Vagator beach, but the place is really quite. Covered by trees from all sides, it creates quite an ambiance for food. As the name suggests, all food served here is Vegan. The most impressive part of the menu are the desserts which taste exactly like their non-vegan counterparts.

The legend around the Saturday night markets is rather interesting. About a decade ago, a German had this idea and leased out land from a Goan man and started this market. When the lease ended the Goan decided to retain the market but threw out the German. Not to give up, he started another market only to be thrown out once more. The Saturday night market at Arpore is his third attempt and it's certainly done very well.

The market is huge and so is the parking behind it. The market offers something for everyone. You can find the kind of stuff you usually find in flea markers across Goan beaches, especially Anjuna, and can also find more high end designer stuff. Most of the designer type shops are run by foreigners and they sell stuff like clothes, shoes, jewelry etc. It's all quite beautiful but also expensive. We also came across some interesting Indian startups like 'No Nasties', and loved their products.

But for me the most interesting part was the food section, which is actually quite big. I spent most of my money drinking coffee, eating Georgian food and some more exotic desserts. A German duo also comes here every year when the market is on (during the winter-spring tourist season) and they claim to make the best chicken in the world! Quite tall claim but our friends did agree that it's one of the best, if not the best!

As the name suggests, the market takes place every Saturday. The gates open at 40.30 pm and the market is usually on till 3 am. Apart from food and shopping, you can also party there. In the top right corner of the market there is a pretty cool bar with cool people who come, drink and dance. It's a great place to chill, though only limited conversations can take place.

Goa
Best of Goa Holidays
Goa a beach holiday destination is prominent for its ravishing beach parties, greenery and beach lux...
3 D · 2 N
₹3899 ₹3509
Deal of the day
10%
off

Goa
Goaaaaa!
Explore all the top tourist destinations in Goa with Goaaaaa! Travel Package. You can also customize...
3 D · 2 N

Goa
Goa - Queen of Beaches
Explore all the top tourist attractions in Goa with Goa - Queen Of Beaches. Book Goa Tour Package fo...
4 D · 3 N
Deal of the day
10%
off

Goa
Beach Honeymoon Tour
A top honeymoon spot for the newlyweds, the allure and charm of tropical paradise works as a magnate...
4 D · 3 N
₹7900 ₹7110
Deal of the day
10%
off

Goa
Goa Friends trip
Explore all the top tourist attractions in Goa with Goa Friends Trip. Book Goa Tour Package for an u...
4 D · 3 N
Deal of the day
10%
off 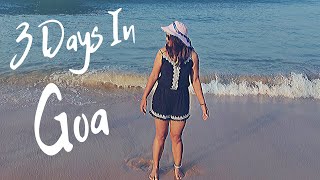 Goa
Video showing Amazing Places To Visit In Goa
Presenting to you all my #Goa vlog. I was in Goa for 3 days in November 2019 during which I tried to...
Read More 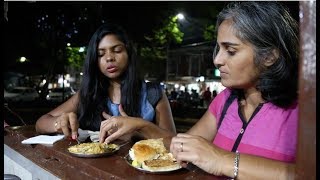 Goa
Video showing Top 5 Street Food Of Goa
Amazing Goan and Indian Street Food tour of Goa, India. We tried some of the best and most tasty Str...
Read More 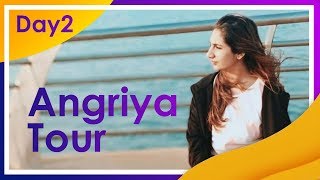 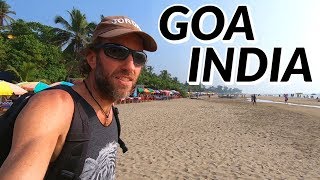 Goa
Video showing Arambol Beach In Goa, India
Checking out the scene at Arambol Beach on the Arabian Sea in beautiful Goa, India. I went to Patnem...
Read More
GET QUOTES