A great story about hidden gems of mp - into the wilds of sanjay national park & raneh canyon, Read about the things to do in madhya pradesh for a perfect travel experience.
N
Neelima Vallangi

A blur of black whizzed past the thicket ahead of me in Sanjay National Park, a remote corner in Madhya Pradesh. If not for the rustle of the dried leaves that raked up few exciting seconds of anticipation, I would’ve definitely missed my first ever sighting of the elusive Sloth Bear in the jungles of this tiger reserve, which were so thick that a Tiger could’ve been right next to me and I wouldn’t have had any inkling whatsoever.

Madhya Pradesh
Madhya Pradesh The heart of India
The only destination where you will be surprised by the distinctive feature of every city you visit....
6 D · 5 N
₹16500 ₹14850
Deal of the day
10%
off

Madhya Pradesh
Maheshwar: Fort, Temples and Carvings by the Narmada
Walking down a narrow lane, past small shrines, I was awestruck when I suddenly found myself in... 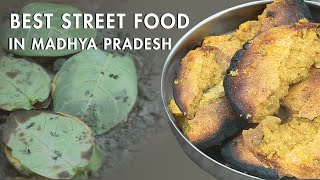