A great story about must-try authentic street food of new zealand, Read about the things to do in new zealand for a perfect travel experience.
A
Aditi Bansal

Street food is a very significant part of any country's cuisine. It beautifully represents a country's culture. If anyone wants to explore any country to the fullest, exploring their street food is the ideal way. 'Street food' the name itself represents that it's economical and flavorful. New Zealand is an island nation in the Southern Pacific Ocean and is remarkably famous for its food. The country is known for its mouth-watering seafood, fresh fruits, and savory pies. New Zealand was the first-ever country to grow the Kiwi fruit that eventually the native people of the country are known as "kiwis". The street food of the country is remarkably simple, yet incredibly delicious and refreshing. So, without any further ado, I present to you my list of some of the most famous street foods of New Zealand.

New Zealand is an island country, and therefore it was cut off from the rest of the world for a long time. For this reason, a number of street food versions of food delicacies have emerged in New Zealand, and all of them are lip-smacking in their own way.

If you ever want to try the authentic taste of New Zealand, mouth-watering Maori Hangi is one thing that you must try. Traditionally this dish is made with meat such as fish, chicken, and any root vegetable especially, kumara (sweet potato) in a pit dug into a ground oven. But with modern and experimental times different meat such as pork, mutton or lamb, and potato are also included. Hangi is one thing that you will never find anywhere else in the world except for the streets of New Zealand.

New Zealand's fondness for sweet things and fresh fruits is undeniable. Pavlova is a sweet dish that is made of egg whites, and caster sugar and served with whipped cream and fresh fruits such as kiwi, passion fruit along it. New Zealand and Australia both claim that they have created Pavlova, we don't know who is right or wrong, but we know that New Zealand offers one of the best Pavlova’s in the world. This delicious dessert is extremely famous during Christmas and festive season although, you can easily get this dish all year long.

One of the most popular street foods of New Zealand is savory pies, especially mince & cheese, steak & cheese, and even seafood pies. The delicious and mouth-watering pies contain the goodness of all the meat, cheese, garlic, onions, and gravy. All the Kiwis savor on these pies and so, these are the most consumed and favorite street foods of all time in New Zealand. It is also claimed that New Zealand is home to some of the best pies in the world.

Fish and chips are not authentically prepared by kiwis but they relished this food a lot. New Zealand is an island so, all kinds of seafood are quite popular among the natives & Fish and chips are a big part of the staple food of New Zealand. It is pretty greasy and oily and is extremely high in cholesterol, but it's all worth the taste.

The name sounds a little different but, Afghans are authentic chocolate cookies that are manufactured in New Zealand. The ingredients are basic but, the taste and presentation are what giving it a unique and distinctive flavor. The cookies are crunchy in texture and served with chocolate icing and some walnuts on the top. These cookies are available in every bakery of New Zealand and are preferred to be eaten with a cup of hot chocolate or coffee.

In 1904, New Zealand was first introduced to kiwi fruit and became the only country to grow kiwis. The name of the fruit was inspired by the kiwi birds found in New Zealand. Today the entire world grows Kiwi, but New Zealand is the one to be called the land of kiwis. The list of New Zealand's street food will always be incomplete without mentioning the special kiwi fruit that was first planted and grown in New Zealand.

New Zealand
Best places to enjoy the nightlife in New Zealand
The nightlife of a place determines the liveliness in its culture and lifestyle of its people. New Z...

New Zealand
Best places to visit in New Zealand: The home of Kiwis
Vacations are one of the best ways of detoxifying your body and feel fresh again. On a holiday you w... 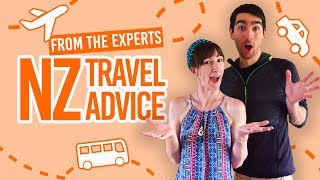 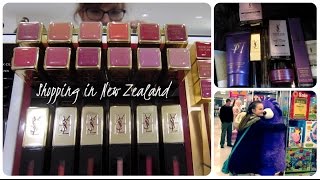