A great story about nainital hill station – nainital travel guide, Read about the things to do in nainital for a perfect travel experience.
i
india travel guide

Of all the legends that are abound in Nainital, the biggest is to the history of the town itself. In this legend, the daughter of King Dakasha, Parwati, decided to hold a Yajna but failed to invite both Parvati as well as Shiva. Parvati with great fury decided that she was going to crush the party into the ground after which she lept into the fire and ended her life. Shiva would later retrieve the charred corpse of Parvati and while retrieving her, Parvati’s eyes were to fall into Naini Lake.

Later this area would be discovered by P. Barron while on a 1,500 mile trek through the Himalayas and noticed the beauty of the lake. The region has a long history dating back to Khasis in which is was known by the name of Khasdesh. Later adopting the name Nainital because of a temple built to worship the goddess Naini Devi. This temple though has long since been destroyed as it was located along the edge of the lake but due to a landslip, it was sunk into the lake back in 1880.

Nainital Hill Station has a colder climate than the surrounding mountains as well as sees some pretty heft rainfall during the monsoon season. As a result the weather is usually cold and damp year round and never really exceeds 28 degrees Celcius.

When it comes to visiting this hill station, there are a number of places that are a must see for anyone who is visiting the region. A great place to start is at Bhimtal Lake which features a small island in its center and has crystal clear water. This lake is an awe inspiring spectacle to see no mater who you are. If you are in to fishing, then after checking out Bhimtal Lake, you should make your way over to Khurpatal which is considered by many to be an angler’s paradise.

There are so many amazing lakes and other aquatic areas that are a must see while in Nainital Hill Station. But don’t forget to stop by and check out many of the temples found in this region both new as well as ancient.

Nainital
Nainital The Paradise
Famed for its picturesque Naini Lake nestled beautifully amidst the town, enjoy the boat ride by ava...
3 D · 2 N
₹4800 ₹4320
Deal of the day
10%
off

Nainital
Nainital – A Heavenly Abode for a Short Getaway
It was a freezing and a chilly night when I got the first glimpse of this tiny hilly town in Uttarak... 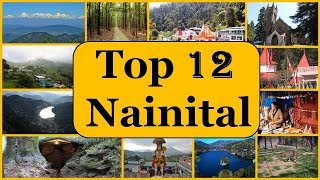 Death Valley California – Hottest Place on Earth
Death Valley National Park, one of the largest national parks, lies on the borders of California and...

Top 10 Travel Destinations In Kerala For New Year Celebration 2017
Kerala is known as ‘Gods Own Country’, home to some of the finest tourist destinations for all ki...
GET QUOTES