Sikkim's Old Silk Route - How the New kid on the Tourism Block trampled my Expectations!

A great story about sikkim's old silk route - how the new kid on the tourism block trampled my expectations!, Read about the things to do in gangtok for a perfect travel experience.
N
Neelima Vallangi

The vertigo-inducing view of hundred-odd hairpin bends from somewhere in east Sikkim burst onto the scene few years ago out of the blue. Quick Google searches followed and we were all informed this meandering road that climbs an impressive height from the hills of north Bengal to the Indo-China border in Sikkim was taken from a place called Zuluk. Immediately shooting to fame for the noodle-laid-out-on-a-mountain like appearance, Zuluk and east Sikkim became the newest entry into the offbeat travel list.

But surely just a winding road couldn’t be all that interesting? Absolutely. It was a mix of ancient history and unparalleled mountain views that sealed the deal. This road from Sikkim to Tibet via Jelep La and Nathu La was part of the old trading route. It was also the route used by British to attack Tibet in 1903. History aside, Zuluk and the rest of the route being 3100m and over, there are several viewpoints that offer great views of Kanchenjunga massif towering above the hilly landscape.

Lost in the mist!

Fuelled by stunning pictures I saw of both Kanchenjunga rising and the symmetry of 30 of the 93 hairpin bends locally known as Bhulbhulayya, last summer I made a visit with family in tow. Poring through several online entries on the ever-resourceful IndiaMike Forums, I dreamt of watching golden glow of Kanchenjunga at sunrise (because I knew I was already asking for a lot here, Kanchenjunga sighting isn’t that easy now a days).

When the D-Day arrived, we were scheduled to be picked up from Kolakham, a small village in West Bengal that also falls on the extended silk route. But as luck would have it, it was written in the stars that our vacation would end the moment we left West Bengal border.

In the spirit of keeping travel blogging real, here is my account how much our trip sucked. I’m a very easy to please person when it comes to travel. Even if I manage to find a single magical moment buried in one hundred disappointments, I’d still say the trip went very well. So it takes a lot for me to claim a trip was a disaster. If you follow me on Instagram you’d probably remember this phase last year where I couldn’t stop cribbing about Sikkim and you were wondering why.

Thick fog enveloped the mountainsides as soon as we started climbing to Zuluk. I could see neither the winding roads nor the layers of mountains but I kept my hopes high. The next morning would be better, I told myself. When we reached Zuluk, which is a haphazard collection of small houses and shops, we found that our hotel was booked by a rather large film crew shooting Priyanka Chopra’s Pahuna. I wasn’t expecting to run into a crowd but like I said our luck had run out already. And it started raining as well in the night. Firmly placing trust in the power of positive thinking, I told myself the rain will wipe out the clouds and the morning would be bright and sunny!

Tough luck apparently. The morning was washed out, as was the entire day. Unseasonal snow and unwelcome fog ruined our prospects of an eventful trip already. The thing with old silk route, as this stretch has been christened, is the journey is truly the destination here. There are various stopovers, none large or unique enough to command a whole trip on their own. But it is the sum of all parts that could make the journey entertaining. The biggest attractions, however, were nowhere in sight. So we went on with the “checklist” of sightseeing points.

White out in the mountains

Thambi viewpoint was up first. It was a place from where the famous 30 hairpin bends above Zuluk can be seen.

We had tea and enjoyed blinding fog.

Gnathang Valley View was next. Gnathang is a small village in a flat valley at a height of 3800m, very close to the Chinese border. The big draw here is that Kanchenjunga can be clearly seen from this village on a clear day and sunrises almost always offer spectacular sightings. Since the snow hadn’t cleared still during our visit in March, we couldn’t stay there. But we could at least enjoy a view of the pretty village right?

Wrong. We saw more blinding fog. So we had warm momos and moved along.

Kupup and Memencho Lakes were the next on the list. These are small lakes on either side of the road from Zuluk to Gangtok. Our driver didn’t even bother stopping in that hellish fog.

Tsongmo Lake or Changu Lake was our last stop, where– you guessed it–more fog followed us. But since the lake was right next to the road, some visibility was allowed. We took whatever we could get.

The thing with travel is that even one small magical moment can turn things around. So I was still holding out to that last flicker of hope– that the next and last morning would be clear at least. We were stationed at Lungthung, a barebones collection of tin-roofed houses, of which few are homestays. I woke up early in morning only to bear witness to a sea of fog racing towards my guesthouse and drown every last ray of hope.

With that, I was done. This was one trip that I absolutely couldn’t even find a trace of silver lining. East Sikkim was a total bust. It took me almost a year to get over the heartbreak of an exciting destination disappoint like soggy French fries of the worst kind! Thankfully, my days in northern part of Bengal were lovely, so at least some of the resentment was evened out. However, I still would love to visit east Sikkim once again and get to see those phenomenal views of Kanchenjunga and the winding road.

Gangtok
Places to Visit in Gangtok in Two Days
Sikkim&ndash; a state in North-eastern part of India offers nature at its best in the form of moun... 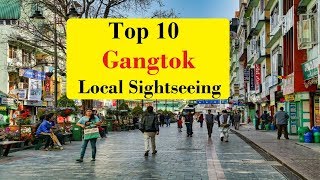 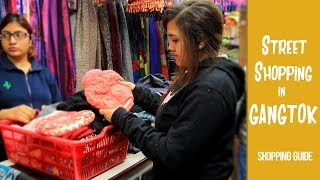 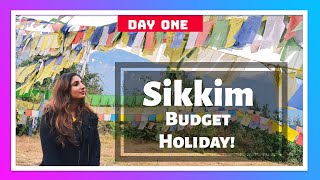 Gangtok
A Short Video of Budget Trip to Gangtok
This video is for those who want to plan a budget travel to Sikkim. There are cheapest transport opt...
GET QUOTES