Trekking with the Mountain Gorillas

A great story about trekking with the mountain gorillas, Read about the things to do in south africa for a perfect travel experience.
F
Finisterra Travel

It had been an hour and a half of trekking through the jungle of Volcanoes National Park in Rwanda. It was a beautiful jungle, thick with bamboo shoots and a tall canopy above us, nestled beside the stunning backdrop of several volcanoes. The terrain was getting rougher, the incline getting steeper, and the trail getting muddier from the recent downpour. Our guide was using his machete to hack through the thicker parts of the bush, when suddenly he stopped us. As we approached the clearing, we could see the gorilla trackers who had gone out hours before us to find them. “This is where we will get ready to see the gorillas, they are close. Take out your cameras and leave everything else here. As we started getting organized, someone from the group whispered “I can see them!” and so it began. We quickly dropped our things and made a mad dash towards the gorillas. “Follow me” said the guide, and off we went.

Mountain Gorillas are one of the most endangered species in the world. There are only around 850 of them left, and they’re all found deep in the jungle spreading throughout parts of Uganda, Rwanda and the Democratic Republic of Congo. These fascinating species are magnificently humanlike, with up to 97% of their DNA the same as us. However, they have become incredibly endangered in the past several years due to poaching activities and war in these politically unstable countries. Tourism has only recently come to this part of the world, and has thankfully slowed the pace towards extinction of these incredible creatures. Men who were once poachers have become porters for the tourists who come, and they are unbelievable helpful. They’ll do everything from carry your bags to lift you over muddy streams and fallen trees. The value of tourism on the local communities has left a lasting impression on them, and they now seek to save these animals rather than destroy them or sell babies for a quick buck.

We moved towards the gorillas and saw a few babies scrambling down the hill on all fours. I was completely captivated by a couple of them playing, when I fell a few steps behind the rest of my group, trying to capture the perfect photo. All of a sudden, I hear “Nicola! Don’t move. The Silverback is coming.” I froze in my tracks, and backed up off the trail, and stopped beside a tree. I saw the Silverback, all 550 lbs of him, walk gracefully towards the group, who had crouched down (to show the gorilla that they were not a threat) and were taking photos. I felt a pang of jealously. Dammit, I thought if only I had kept up with the group, I would have been able to see the Silverback coming towards me head on. Now he’ll walk past me and I’ll only get a side view of him.

The Alpha males are the only gorillas that whose’ backs turn silver, hence them earning the name ”Silverback”. The females and juvenile males (after the age of 3) all remain completely black. Babies have white spots on their bums, which turn black around the age of 3. There can be multiple Silverbacks in one family; however it is more common to only have one. Our group was tracking the Hirwa group, which had one Silverback named Mr. Lucky. Mr. Lucky was a gorilla who had once been part of another family, however he was kicked out of his family once he became mature (the Alpha of that group didn’t want him to be a threat), so Mr. Lucky began to steal wives from different families until he had a family of his own. He now had one of the biggest families in Volcanoes National Park; there were 22 of them.

It seemed Mr. Lucky was enjoying the attention from the group. He had sat down right beside them and was munching on some bamboo shoots. All of a sudden, he stood up again and started walking down the path towards me. “Crouch down” whispered the guide, and so I did. Lucky was getting closer. “Talk, talk, talk!” whispered the guide. “Hi Lucky, wow you are so beautiful Mr. Lucky” I stammered. What the hell do I say to a gorilla?! He was getting closer. My pulse quickened, my heart started beating loudly. He continued towards me. Instead of to the side, on the path, where I thought he would go, he continued head on towards me. Oh my god I thought he’s coming right to me! “Talk, talk, talk” said the guide. “Hi Ms. Lucky, you are go – oooooh –rgeous” as my voice caught in my throat. As I was crouching there, trying to think of more creative words to say to a 550 lb Silverback Mountain Gorilla, Mr. Lucky had come right up to me, sat down, and reached his massive hand less than a foot in front of my face, to grab some vines that were on the tree I was crouched beside. Frozen, my mind went completely blank, and I stared at him in disbelief. I could’ve reached out and touched his shoulder, that’s how close he was. After what seemed like minutes (it was only seconds), I felt a hand grab me and pull be back a few steps, so I was no longer in arm’s reach of Mr. Lucky. My pulse slowed, my heartbeat steadied, and I caught my breath. Mr. Lucky got up and wandered towards the thick jungle, and with adrenaline pumping through my body, I moved with the rest of the group, who followed at a safe distance behind him.

We spent the remainder of the hour watching his young children play with each other and spin around on the vines (they give a whole new meaning to “monkey business”), one of his wives comfort her 4 month old baby while he crawled all over her, and one of his teenage sons (also around 500 lbs) eating lunch and then laying down for a nap. The hour flew by, however it was one of the most memorable hours of my life. Gorilla Trekking (and almost being sat on by one!) is absolutely an experience of a lifetime.

South Africa
South Africa Tour Package
South Africa as a country is so huge and rich with tourist attractions that choosing where to go is...
9 D · 8 N
Deal of the day
10%
off

South Africa
South Africa With Krugar National Park
South Africa is a nation on the southernmost tip of the African region, marked by many different eco...
12 D · 11 N 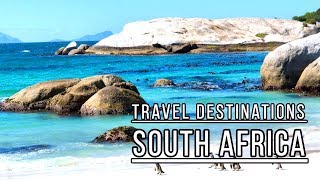 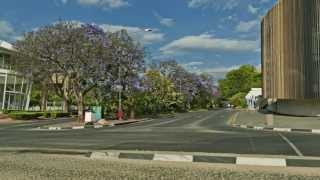 South Africa
Learn about Best Time To Visit or Travel to Johannesburg
Short video slide show describing when the best time to visit this city based on weather and climate... 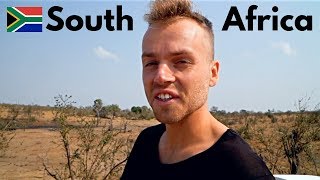 South Africa
Watch The Real South Africa Beauty
South Africa is a country on the southernmost tip of the African continent, marked by several distin...
GET QUOTES