A great story about tumpek landep: sharp mind for a sharp bali, Read about the things to do in bali for a perfect travel experience.
T
TrueHAB Admin

Tumpek Landep is a religious ceremony in Bali when Hindu people offer prayers to the god Hyang Pasupati in hopes to seek purity of their own mind and soul with regards to the metal tools and objects they own and use. These traditionally include iron tools and weapons but other important metal objects like cars, kitchen utensils as well.

The word Tumpek translates to “close” or nearby, while Landep means “sharp”. The name Tumpek Landep thus vaguely refers to our connection with metal/iron weaponry items like swords, spears and daggers.

The mind and our mental abilities are regarded by the Balinese people as the weapon we use in life to overcome difficulties like poverty and achieve success and fulfillment. The ultimate aim of Tumpek Landep participants is to achieve higher consciousness and proximity to god by attaining sharpness of the mind. The practice is supposed to be a means to inherit the sharpness of one's iron and metal belongings while also passing on divine blessings to such tools for purity of the same to ensure the well-being and success of the owners.

Tumpek Landep day has also always functioned as a way to pay homage to the ancestral spirits related to the lands of Bali in general and those related to the participant’s own family. Therefore, the celebration of daggers, spears, etc., always served as a way to celebrate the heritage associated with those spirits. With increasing practice, the tradition grew and expanded into other beliefs as well to make up the present-day festivities.

The festivity of Tumpek Landep is actually quite the Balinese parallel to Saraswati Day or Saraswati Puja that is traditionally performed by Hindus in India. The medium of science that is relevant to Saraswati Day is replaced by the metaphor of metal weapons in this Balinese version of the ancient Hindu tradition, both of them ultimately aimed at the common task of sharpening of the mind, intellect and soul.

Tumpek Landep is celebrated every 210 days which is the length of the Balinese calendar, precisely on Saniscara Wage Wuku Landep. The day always falls on the Saturday of the Gregorian calendar that we use. Tumpek Landep day in the upcoming year 2021 is set to fall on February 13, and then again on September 11.

During the month of February, weather in Bali is relatively warmer than most other places in the world. Average daily temperature is 26 deg. C, and the daily range of temperature is from 22 to 30 deg. C. It is the rainy season, making weather in Bali very attractive for tourists who seek to enjoy the cool splashes of rain on coconut leaves and the beautiful beaches of Bali, amidst the warmth of the winter sun. For those who don’t prefer the rain but still wish to visit Bali during Tumpek Landep, September can be more optimum as there are little to no rains during this month. Weather in Bali is slightly warmer during this time, ranging from 22 to 31 deg. C on a daily basis, and averaging at 27 deg. C.

Most Hindus in Bali use this occasion to enliven their unquenching need to sharpen or hone their thoughts and actions towards positive progress of the mind in terms of science, life and spirituality. For example, people from the police workforce in Bali seek to get their weapons and guns blessed, as it is the symbol and even medium of their actions.

The rituals performed as the traditional part of the ceremony focuses on the mind, words and actions, as these 3 aspects work in harmony with each other in determining our complete individual advancement. Mind: Balinese people actively seek to be liberated from ignorance casting shadows over their minds and mental abilities. Words: Ritualistic spoken passages are part of the rites, and these passages are in the local language of Bali which has roots in the Sanskrit language. Actions: The exact manner of showing devotion through actions differs slightly from individual to individual or family to family. For example, some like to decorate metal and iron tools and objects they own to express devotion and seek blessings, while others give offerings to the same.

Offerings of metal and iron weapons

Tiny metal or iron versions of swords, daggers, spears, etc., are presented as offerings to the god Hyang Pasupati, who is a manifestation of Lord Shiva (The Destroyer). In this way, divine blessings for sharpening of the mind are sought in return from the gods, which serve as weapons for us to use to achieve success, fortune and safety.

A grand feast for the gods

Food of all sorts from grilled chicken to fish, cookies and of course the vital Balinese food essential rice is prepared and served in bowls hand-made from coconut leaves. These servings are for the gods and decorated with beautiful and fragrant flowers such as marigold, locally known as gumitir.

Balinese people decorate the front grill and rear of their personal cars with beautifully and intricately stitched leaf-ornaments traditionally known as tamiang and sampian. Wooden palm leaves are also used as decoration items. These offerings to cars, motorcycles, etc., are believed to help ensure the safety and fortune of the owners. Tumpek Landep was never traditionally about this but only included iron weaponry items like swords in the practice. However, over time and with the growing relevance of these objects in our lives, Tumpek Landep has grown to incorporate this, seeking divine blessings unto such utility items of metal.

Even though this is often a way to express genuine gratitude to gods for these objects, this modern addition to Tumpek Landep goes against the original Tumpek Landep spirit, as the day is actually about sharpening of the human mind and eradicating false beliefs and ignorance, something that is considered very vital by Hindus in Bali. However, metal objects such as cars and kitchen utensils do arguably “sharpen” our lives because of their significance in our day-to-day lives, and so all in all the traditional practice has now extended itself over seeking all such metal objects and not just weaponry be blessed.

At local temples and in homes

Besides performing the holy rites at home, there are celebrations held at various temples across Bali. People visit the priests at these temples to get their metal and iron belongings blessed through the means of mantras, which are spoken passages rooted in the Sanskrit language.

Some people may also hire priests to visit their homes for a complete blessing and cleansing. This includes the burning of incense sticks and spraying of Holy Water mixed with coconut juice on one’s iron and metal tools and objects, following which leaves of a local flower named frangipani are scattered around like confetti. Rice is placed on the foreheads of the house members, since it is considered as a holy and blessed practice in the Hindu tradition. Besides, people clean up and tidy their houses in preparation for the festival.

The traditional attire worn by people participating in this occasion includes a sarong which is worn by both men and women and an udeng which is tied around the head by males.

How to reach Bali

By air: Direct flights to Denpasar International Airport (Ngyurah Rai International Airport) are available from all major international destinations because of the growing tourism popularity of Bali. The airport is located in south Kuta and at a distance of 13 km from the main city of Denpasar, which is the capital of Bali and home to several hotels in and around. Private taxis, hired motorcycles and public trams and buses are available from the airport to take you to your place of accommodation at cheap prices.

It is also possible to enter Bali by road or by ship/ferry from the main islands of Indonesia or from other neighboring places like Singapore.

Places to stay in Bali

If you wish to immerse yourself in the spirit of Tumpek Landep, staying at a resort would be ideal since these have areas for public gathering where events take place on such occasions and people perform rituals and activities together.

Tumpek Landep day serves as a way to purify one’s metal and iron belongings with divine blessings, and also purify and sharpen one’s mind and soul. The practice is rooted deep in a blend of Hindu beliefs and Balinese culture. Whether you are a believer of these or not, visiting Bali around the time of the Tumpek Landep festival will be one of the best ways to enjoy the religious (Hindu) side of Bali by partaking in or witnessing  ancient traditions.

Tumpek Landep day is celebrated in Bali every 210 days, and falls on a Saturday every time. In 2021, Tumpek Landep Day will be held on February 13 and September 11.

Yes, Tumpek Landep is celebrated aaccording to Hindu beliefs and traditions in Bali, as Bali has a predominantly Hindu population.

Blessings from the Bali god named Hyang Pasupati are sought on Tumpek Landep day. The god is a manifestation of Lord Shiva from Hindu religion.

What benefits can praying on Tumpek Landep day bring me?

Worshippers and participants seek purification or spiritual cleansing of their tools of iron, broze and metal, as well as gold, to ensure they bring success, fortune and well-being to the owners. However, the true aim of the festival is to inherit the "sharpness" of tools of irons like swords and spears in the form of sharpness of the mind or intellect.

Tumpek Landep is celebrated on the predominantly Hindu island of Bali in Indonesia. The festivities are carried out at homes and in local temples throughout Bali, and not as a specific venaue as such.

As part of the festivities and beliefs, metal and iron tools and weapons are decorated as offerings to gods. Besides, decorations are put up on grills of personal cars, etc., as a way to show gratitued and bless the objects so they bring success and good luck to the owners. All of these activities are accompanied by ritualistic rites like mantras and prayers.

Tumpek Landep is rooted in the ancient pagan beliefs of Bali, when the ancient spirits of the land were worshipped and appeased. However, in present truth it is a Hindu occasion which was popularized after Hinduism started spreading in Bali.
T
TrueHAB Admin
Last Updated : Jan 15,2021
Get upto 30% Lower Prices
Please check the form below for errors

Bali
Learn about WHY is NOBODY traveling here?! Bali's Secret Spots
If you're traveling to Bali, I hope this video challenges you to visit the lesser known destinations...
Read More 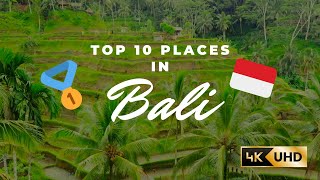 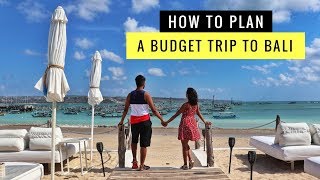 Bali
Short Film Showing How To Plan A Budget Trip To Bali
Bali has a variety of places to explore which have not been covered in this list and can be added to...
Read More 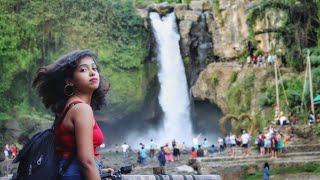