On arrival at Kuala Namu New Medan Airport, you will be met by our representative and assisted to the designated coach/car booked.

Short sightseeing tour of Medan,  followed by transfer and check-in at the hotel in Samosir  Island (150 km/4 hrs including sightseeing + 1 hr by ferry).

Medan is the capital of the North Sumatra province in Indonesia. Located on the Northern coast, Medan is the fourth-largest city in Indonesia, behind Jakarta, Surabaya, and Bandung. It’s also the largest Indonesian city outside Java. Medan is bordered by the Deli Serdang Regency to the East, South and West, and the Strait of Malacca to the North.

The tour commences with the visit to the Sultanate Palace of Malay Deli-Maimoon, and the historical Great Mosque Al-Mashum. Afterwards, continue journey to Lake Toba, one of the deepest and largest crater-lakes in the world, for a drive of about four hours through enormous government-owned palm oil estates and rubber plantations.

Arrive at Parapat, a little town at the edge of Lake Toba.

Cross the lake by ferry boat for about an hour, to reach Samosir Island, the homeland of Batak people.

On arrival, check-in at selected hotel and rest of the day at leisure to relax.

Samosir Island is a large volcanic island in Lake Toba, The lake and island were formed after the eruption of a super-volcano some 75,000 years ago. The island is the centre of the Batak culture, and many of the Toba Batak traditional houses (rumah adat) remain on the island.

Post breakfast, check-out and depart at 9:00 hrs for Bukit Lawang, where the orangutan can be seen in Gunung Leuser Park, one of the largest national parks in the world, with over 800,000 hectares of virgin rainforest.

On arrival at Bukit Lawang, set off for a hike in Gunung Leuser National Park to visit the feeding site where the orangutans are fed and trained to live in the wild habitat. It is a marvellous sight to see them swinging freely through the jungle. Then, following the same quite steep trail through the forest, go back down. Then cross by a cable and pulley driven dugout canoe.

You have the chance to take an optional jungle walk for a few hours with a local ranger to explore more tropical flora and fauna. Those who do not wish to take this option can have time to relax before journey back to Medan through the vast rubber and oil palm plantations.

On arrival in Medan, check-in at the selected hotel.

Overnight  stay at the hotel.

Post breakfast, check-out and enjoy a ferry boat for about an hour back to Parapat, followed by a scenic drive to the cool and pleasant highland town of Berastagi. En-route stop at the long house of King Simalungun, then continue to Sipiso piso waterfall and Dokan, a Karo village with a number of traditional houses still being used, where eight families live together in each house.

On arrival in Berastagi, stop and wander around the local fruit market before check-in at selected hotel.

Berastagi, at 1300 metres above sea level, rose to significance when Dutch settlers in Sumatra opened a boarding school here in the 1920’s.The main economic activities in Berastagi centre are the colourful fruit and vegetable market, and tourism. Berastagi is famous for its passion fruit.

Post breakfast, start the day cruising by boat around Samosir Island and Ambarita to see the traditional Batak village with its ancient megalith furniture. Continue to Simanindo to see the Batak Toba traditional houses, and to enjoy a folk dance.

Proceed by boat to Tomok Village, with its historical old tombs of King Sidabutar.

You have the chance to visit and meet in person with the family of the King Sidabutar before leaving Tomok. After the visit, each member of the group will get a souvenir and usually a piece of ulos.  Ulos is a typical hand-woven cloth of the Batak tribe.

Late afternoon, return to the hotel and rest of the day at leisure to relax.

Hotel’s check-out policy is 12:00 hrs. You will be transferred at an appropriate time to the Airport for your departure flight.

Indonesia
Exciting Indonesia
Indonesia is a country in Southeast Asia and Australasia/Oceania. It is part of the Malay Islands. ....
5 D · 4 N
₹49500 ₹44550

Indonesia
Another side of Indoesia
Explore all the top tourist attractions in Indonesia with Another Side Of Indoesia. Book Indonesia T...
6 D · 5 N 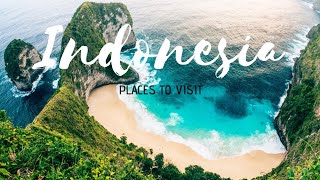 Indonesia
Learn about Top 10 Best Places To Visit In Indonesia
Indonesia, a Southeast Asian nation made up of thousands of volcanic islands. Indonesia has many bes...
Read More