Royal Palace of Amsterdam, the grand reception palace of King Willem-Alexander's. This royalty monarch is situated at the core of Amsterdam. History says that at the age of Golden Dutch, the municipality of Amsterdam pronounced to create an intricate and royal hall at the west side of Dam square, which would represent the growing Dutch Republicans and it's managerial potential. The Royal Palace was created by Jacob van Campen, who was influenced by the Roman Dynasty's architectural plan.

Thus, the work of Campen was done by 1655, and this aristocratic and imperial hall was inaugurated as a cooperative palace in 1806. Today the Palace is open for all its visitors. Still, before 1806 when the Netherlands was under the governing power of the French Empire, this Royal Palace belonged to the King of Holland, Louis Napoleon I, and it was his residential place.

First of it is the Royal Palace, which had some great history from the French Rule to the crowing of Queen Beatrix to King William-Alexander's reception.

Second, it is famous because of its perseverance of rich culture and royal architectural plans and designs. The carves of the monument are impressive, eye-catching, and so dramatically built that one can remain enchanted with the beauty of the Royal Palace for its rest of life.

The interior of the Royal Palace is full of sculptures, carves, and some striking painting and illustration borough by some world-renowned artists and painters like Rembrandt and Ferdinand Bol. The center of the hall has some compositions and sketches which represent the Dutch sovereign. The monument is still glowing for more than a century and a half.

View of the Dam Square - Here you can see people relaxing, dancing, singing. The lanes of Dam square is the glories of Amsterdam. And the courts are ecstatic, very clean and beautiful. There are ornate golden statues, a monument of Freedom which depicts and tells the freedom story of Julian Assange. It's a place where you can gaze for hours and enjoy the crowded squares.

The wax museum Madame Tussauds: it's near the Royal Palace and a great museum to visit and click photos with real looking wax statues of pop stars and celebrities. The ambiance of the museum is good.

World Press photo - A great place to see how photojournalists exhibit their talents. It's a place where the images will tell you the story, the news, the highlights of day and night of what's going around the world. Here, the award-winning photos of the year are exhibited every year. And it displays the best quality of photography with Canon prints in the hall.

Here, Mark Raven's Art Studio is a small artist, but still fancy one celebrates his Art by selling them at affordable prices. He displays modern art culture in his studio. It's a quick stop near the Royal Palace of Amsterdam.

Beer Temple - The best destination for a quick drink is the Beer Temple in Amsterdam. Here you will get the best Dutch draft beers, and there's a hell of a lot of collection present in this small shop.

There are many food places, ecstatic views of architecture, pubbing, and dancing near the Royal Palace of Amsterdam. Amsterdam is a fully packed city where you will get everything but in Royal style.

Sebastiaan Hooft
A dark and tragic place with a sad experience. First of all, the windows were shut. There was not a chance to see how the building was situated or how life in the palace miss has been. All I could see was a couple of dusty rooms from a distance and a marble hallway. All the rooms virtually looked the same. The area where you are allowed seems to be prepared for tourists only, and they don't want to spend any money on providing a fantastic visit to the palace. They shut down most of the audio tour because of serving more visitors, told one of the staff members. Not the experience I was hoping for. The staff was friendly-just like a guard at an office building is friendly- however, they knew nothing about the building.

jon brierley
We enjoyed pour visit to this inspiring, very grand building - formerly Amsterdams’ town hall. Great audio guide available in a myriad of languages, which tell the story of this magnificent palace. Convenient location in Dam square, thus good if staying in nearby hotels.

Lou Mclaughlin
A powerful experience, one that will stay with me. Despite my e-ticket not having been emailed to me, a very helpful guide was able to find my reservation and I was able to experience the museum. An absolute must when visiting Amsterdam.

Bryan Hulbert
Beautiful and ancient architectural palace of the Dutch Royal Family. Located on Dam Square right in the heart of Amsterdam. Truly a magnificent site to see. The square also has many other attractions in and around it. A must see stop on your travels through Amsterdam.

Is it compulsory to book advance tickets to get into the Royal Palace of Amsterdam? Does the Palace have any line system to get in?

How much time is required to see the whole Royal Palace?

It depends on you how much you want to explore inside the Palace. But rounding of it will take an hour(1hr) or an hour and a half(1.5hr) to explore the whole Royal Palace.

Does the Royal Palace have accommodation for disabled people?

Yes, the Royal Palace has all the exquisite arrangements of wheelchairs, lifts, strollers, audio tours, hall-guide inside the Palace. There will be no issues and problems for disabled people.
Get upto 30% Lower Prices
Please check the form below for errors

The Albert Cuyp Market is renowned as the most famous street market which is located in the De Pijp...

In the year 1991, the giant brewery opened to the public as a tour and visitor center of the brewery...

Amsterdam is the best place to visit European cities. You will be able to enjoy your holidays here....

If you are planning a tour to visit Amsterdam recently, then you cannot skip visiting the famous wax...

Rijksmuseum, popularly known as national museums that represent the Dutch culture. The location of t...

It is one of the most popular tourist attractions in Amsterdam. Every year more than 1 million peopl...

With just over 1.2 million people, Amsterdam is the largest city in the Netherlands. This city has a...

Amsterdam
Amsterdam Tourism
Plunge yourself in the dynamic culture and fantastic setting of Paris. The capital of Belgium, Bruss...
5 D · 4 N
₹39999 ₹35999

Europe
Europe Package Paris to Swiss
Enjoy a Europe trip, that will take you from the glamorous streets of Paris to the mesmerizing beaut...
10 D · 9 N
₹92000 ₹82800

Europe
Vacations in France and Netherlands
Explore all the top tourist attractions in Europe with Vacations In France And Netherlands. Book Eur...
6 D · 5 N
Deal of the day
10%
off 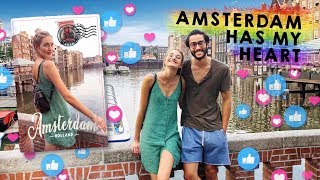 Learn about Amsterdam, Gay Pride, & Family
Amsterdam Pride or Amsterdam Gay Pride is a citywide gay-festival held annually at the center of Amsterdam during the fi... 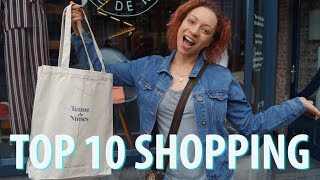 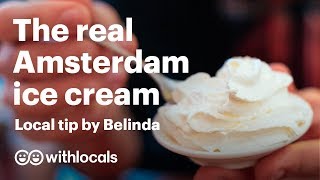 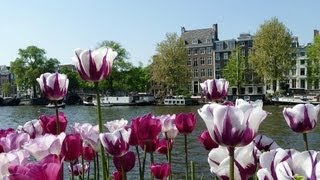 Learn about Best Time to Visit Amsterdam
Planning a trip to Amsterdam? Learn what is the best time of year to visit the city in this travel video. Tips include w... 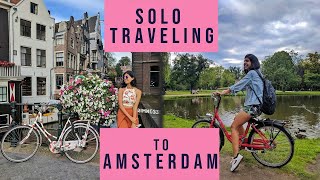 Video showing Indian Girl Backpacking in Europe: Amsterdam
I made a solo trip to Europe which has been my childhood dream a month back and here is my video diary of my crazy time...
GET QUOTES