Karbandi or Karbandi Goemba is one of the oldest Monasteries in Bhutan situated 400 meters above an astonishing valley surrounded by coniferous trees. Ashi Phuntsho Choedron, the Royal Grandmother, built the monastery in 1967. She had a winter residence here. It is regarded as the modern temple in Bhutan.

The Kharbandi Gompa monastery lies amidst a garden of tropical plants, flowers, and colorful prayer flags that adorn the lush garden outside the monastery. The garden is home to eight different types of Tibetan chortens or Tibetan Buddhist Stupas.

Inside the monastery, monks blow trumpet, chant mantras in a low tone, and pound drums to perform sacred ceremonies. Grand statues of Buddhist deities and masters stand imposingly here. A long line of prayer flags dances to the rhythm of the refreshingly cold wind. The bells chiming at the prayer wheel greets both pilgrims and visitors on the pathway ascending to the holy edifice.

In front of the main temple, bright butter lamps in a separate room signify the enlightenment and wisdom of this place. Ancient Buddhist relics in several Stupas and structures guard the steps to the temple. All the surfaces are covered with ornate and vivid paintings. Paintings depict scenes from the life of Lord Buddha.

The monastery’s vantage point offers a captivating view of the entire Phuentsholing and the Bengal valley.

As the legend goes that an Indian couple prayed for a child, the prayers of the couple were granted for a child. This monastery is believed to bless infertile couples with children. After that, this temple became the last resort for couples hoping to conceive. Couples earnestly desiring a child frequent this famous shrine.

Pema Tshering, a 17 years old monk in Karbandi Monastery, arrived from east Bhutan. He preferred camaraderie and peace in his home town. Initially, he grew homesick, then gradually immersed into the religious life there and became comfortable. Pema loves learning from his teachers, playing football, and taking part in ceremonies with other monks in leisure time.

How to Reach Karbandi Monastery

From Airport or Thimphu

Fly to Paro Airport near Thimphu.Board a bus from Thimphu to Phuentsholing and get a taxi to Karbandi Monastery from Phuentsholing.

Take a taxi to the monastery from Phuentsholing. The monastery is located above the town.

New Jalpaiguri and New Alipurduar are the nearest railheads in West Bengal. Siliguri is the closest big Indian city. You can board a bus from the towns in North Bengal.

You can take a cab or taxi from Bagdogra airport to reach Phuentsholing in five hours.

Royal Bhutan Government bus departs from Siliguri three times a day: the first bus leaves at 05:00 am and the last bus departs at 2:00 pm.  The bus takes around 8 hours to reach Phuentsholing.

Small villages, wildlife sanctuaries, and the gushing, ice-cold waterfalls are the attractions as you move up the hill.

What is the best time during the day to visit KarbandI Monastery?

Sunset is mesmerizing from the viewpoint, so the best time to visit this shrine is late afternoon-evenings. Monastery offers a panoramic view of the Phuentsholing valley. Another good time is between 7 am to 9 am when the monks chant the prayer with the alluring aroma of incense.

What are the accommodation options around the monastery?

Some of the options are the Park Hotel, Hotel Druk, Lhaki Hotel, Bhutan Residence, Tashi Namgay Grand, The Orchid Hotel, and Hotel Sinchula. Rates fall between USD 60 to USD 150.

What are the nearby Attractions?

What are the timings to visit Karbandi Monastery?

It is allowed for the visitors from 7 am to 6 pm.

How can we reach Karbandi Monastery?

What can you do in Karbandi?

What are the dining places around the monastery?

You can try the Zen Restaurant, NEC Restaurant, Park Hotel Bhutan, and Tropical Toppings.
Get upto 30% Lower Prices
Please check the form below for errors

Buddha Dordenma is a gigantic Buddha statue in the East Himalayan mountains of Bhutan. This Buddha s...

India and Bhutan share a soft border. Bhutan is a protectorate state of India. Bhutan Gate is very s...

Tiger Nest Monastery or Taktsang is one of the most venerated places near Paro in Bhutan.  It i...

Thimphu Chorten or the National Memorial Chorten is one of the grandest monuments in the southern ce...

Royal Takin Preserve, the crown jewel of Thimphu, is located in the Motithang district of Thimphu. I...

Punakha has been the former capital of Bhutan in the heart of Punakha-Wangdue Valley. This quaint to...

Paro
Awesome Bhutan
Explore all the top tourist attractions in Paro with Awesome Bhutan. Book Paro Tour Package for an u...
4 D · 3 N 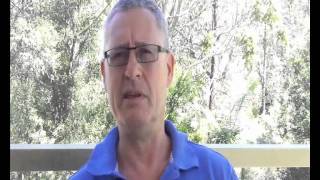 Watch The Best Time To Visit Bhutan
October to December is the ideal time to visit Bhutan as the air is clear and fresh with sunny skies. 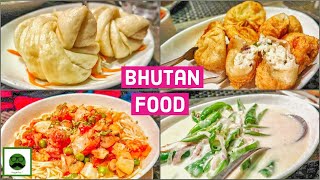 Learn about the Top 5 street foods in Bhutan | Famous Street Food
The Bhutanese people love spicy food. Chilies are the most valuable vegetables in Bhutan. Dried or fresh red and green c... 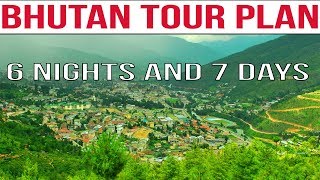 Short Film Showing Bhutan Tour Plan From India | 6 Nights 7 Days Bhutan Tour Package | Top Places to Visit in Bhutan
From ages The Kingdom of Bhutan or The Land of Thunder Dragons is famous for its breadth-taking landscapes. Other than i...
GET QUOTES