When we plan to go on vacation, Himachal Pradesh comes to our mind at least once. People from India and abroad come here for holidays. There are many high mountain lakes and many ancient temples here. This is because the science beauty of Himachal Pradesh gives peace to the people who come here.

There are about 2000 temples in the whole Pradesh. One of the major temples is the Chamunda Devi Mandir.  It is believed that the wishes of all the devotees who come here are fulfilled. Peoples from all over the country come here to take Ma's blessings. After killing Asura Chund and Mund, the name of this Devi's temple became Chamunda.

Why is it famous?

The temple is mainly famous for its great mythology. Many decades ago, Sumbha and Nisumbha were the names of two giants who ruled the world. At that time the earth and the heavens were being persecuted by them. To escape from it, gods and people worship Goddess Durga and Goddess Durga says that She will save them from those demons and incarnates herself as Kaushiki.

Ma Kaushiki was seen by the messenger of Sumbha and Nisumbha. They went to their king and said that "you are the king of Treelokes and you have everything So you should have a woman who is the most beautiful and who has divine power ". They send an envoy to the goddess and say that they want to make her queen.

Ma said that "if they could defeat her in battle then she will marry them ". Sumbha and Nishumbha get angry when they hear this from her. Then Sumbha and Nishumbha ordered two giants named Chand and Mund to bring the goddess. But Ma Kaushiki rejects their offer then the two Giants attack her. At that time she took the form of Kali and sent the two giants to Yamaoka.

Chamunda Devi Temple is located in a hill station called Palampur, which is also famous for its wonders.

Great mythology - This temple is famous for its mythology that one goddess killed two demons. If you came here then you can learn more about it and fill it out.

Architecture - This temple is famous not only for its mythology but also for its ancient and attractive architecture. Which draws travelers to itself.

Trekking - Because of its location on a hill, people come here to experience and enjoy trekking.

Picnic spot- Chamunda Devi Temple is located on the banks of the river Banar. It is also a picnic spot for tourists. There are also plenty of tea gardens to see here.

sanjeev sindwani
Very serene atmosphere and Peaceful. Loved the cleanliness and orderly manner in which devotees were received. Overall a great Devi Temple...

Balvir Singh
According to the environment, this cue is a very peaceful place. And Kirpa of Goddess Chamunda has been roaming here for centuries. I have been here 1 time. At that time this work of construction was going on. There will be a lot of people in the coming time. After coming here, the mind gets 1 strange peace.1 time should see you too🙏

What is the Best time to visit this place?

From mid-June to late October is a good time to visit this place. You may need warm clothes in winter. In summer, the weather here is hot and it is better to wear cotton clothes. And Morning is the best time to visit here.

Do you need any tourist guide?

You may not need any tourist guide to visit here.you can explore the place by yourself only.

How long time you need to see this place?

90 to 120 minutes would be enough here for you to see and explore everything better.
Get upto 30% Lower Prices
Please check the form below for errors

Andaman Nicobar is a group of more than 200 islands located at the Bay of Bengal. Neil Island is one...
Om Beach

Om Beach is a famous beach in Gokarna. Two converging crescents give it a shape like the Hindu spiri...

Everybody wants to travel and visit New Attractions. By traveling you can make new friends, can expl...

Most of the people love mountains, want to feel nature, and enjoy science beauty. May be trekking is...
Khawaja Gharib Nawaz Ajmer, Rajasthan

Khwaja Garib Nawaz Dargah at Ajmer, Rajasthan, is the most celebrated tomb in India. It is loca...

The Padmaja Naidu Zoological Park is a splendid enclosure in Darjeeling housing a large number of di...
Sajjangarh Monsoon Palace

Maharana Sajjan Singh built a magnificent and stunning palatial residence on the Bansdara peak of Ar...

Shimla
Amazing Shimla
Explore all the top tourist attractions in Shimla with Amazing Shimla. Book Shimla Tour Package for...
5 D · 4 N
Deal of the day
10%
off

Himachal
Himachal - Land of Hills
Explore all the top tourist attractions in Himachal with Himachal Land Of Hills Holiday Package. Boo...
7 D · 6 N
Deal of the day
10%
off 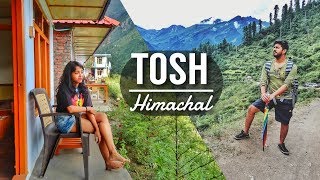 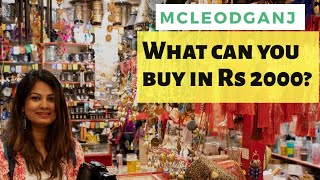 Learn about Things To Do In Mcleodganj | Shopping & Famous Cafes
Wondering what can you do in Mcleodganj with RS 2000 in your pocket? I have done shopping and cafe hopping for a day in... 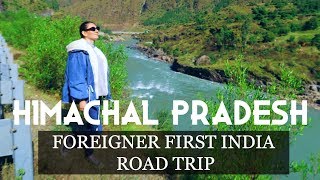