Hawa Mahal or the 'Palace of the Winds' is one of Jaipur's most iconic monuments, dating back to 200 years. This massive edifice stands at the intersection of the main road in Jaipur, Badi Chaupad.

It is a five-story building in the shape of a crown of Lord Krishna with 953 jharokhas or windows. Hawa Mahal means the 'palace of the winds.'

The cool breeze is another feature due to a mesh of small windows that allow wind to enter the palace, making the whole mahal as air cooler even in summers. Due to this fact, it is aptly named the "Palace of Winds" or Hawa Mahal.

Its pyramidal structure is made using red and pink sandstone. 953 Jharokhas or tiny windows adorn the palace. On entering the main palace, a charming fountain welcomes you. The edifice's top offers a panoramic view of the Siredeori Bazar, Jantar Mantar, and City Palace.

Make time to visit this prominent landmark during your Jaipur trip. Its unique architecture pulls tourists from far corners of the world.

Maharaja Sawai Pratap Singh of the Kachhwaha Rajput dynasty commissioned the Hawa Mahal in 1799. Lal Chand Ustad was the principal architect of this monument, and Lord Krishna was the tutelary deity of Maharaj Sawai Pratap Singh.

He ordered Lal Chand to build Hawa Mahal in the shape of Lord Krishna's crown. This mahal was an extension of City Palace.

As per the purdah system, Rajput women did not step out of mahal in front of the public. The royal house women used to observe city, fairs, and festivals on the streets without outside exposure.

Around 953 jharokhas or small windows, and screened balconies provided a sense of freedom to women.

The floral patterns, canopies, fluted pillars, lotus motifs, arches, and beautiful carvings are the Hawa Mahal's architectural attractions. The Hawa Mahal architecture is a fusion of Rajput and Islamic style, and the style reflects the glory and royalty of Rajputs.

This palace is a five-storied edifice in a beehive structure. The palace's exterior is akin to the honeycomb's structure of a beehive with 953 small windows(Jharokhas). These jharokhas allowed the wind to enter the palace and kept it cool.

The Hawa Mahal is the tallest building in the world without a foundation. Resultantly, the palace is tilted at an angle of 87°C. Small portholes consist of sandstone grills and small windows at an elevation of 50 feet above the ground.

With no stairs inside, you need to climb up the ramps to reach the top. You have to pass through an imperial door on the left of the building to enter the palace.  A large courtyard has three double-storeyed facilities in the left, right, and center.

The top three floors have one room's width, whereas the first and second floors have courtyards in front of them.

Prakash Mandir has open terraces on both sides. This five-storied mahal has no stairs. Ramps were used to carry palanquins of royal women.

The major architectural attraction is latticework, which makes room for cool breezes in the whole mahal.

Lalit Saini IT Expert
The place is amazing. One of the most famous tourist destinations in Jaipur, Hawa Mahal, also known as the palace of wind, is one of the most prominent attractions in Jaipur. From the building you can get nice views from the surroundings. You can walk all the way up to the top floor. From the outside the building is quite impressive. The surroundings are full of shops. Good place to buy souvenirs or typical Indian clothes. You are rewarded at the top with a stunning view over the city and hills. Nearly all Indian tourists and all the better for that. If you can find it off the Main Street there is an entrance to the Palace temple. Very modest but nice wall paintings and so quiet and peaceful! If you want best photography you must visit tattoo cafe in front of it and the cafe has two floors which gives you multiple option to click one is from the terrace(the highest point) and another is at the tomb ..rest is your photography skills😊…. A must visit in Jaipur !!!!!

bhavik tailor
It’s an iconic and remarkable monument ( palace) in the heart of the pink city Jaipur.Very unique example of architecture and also heritage site of India. It is an extraordinary pink-painted, delicately honeycombed hive that rises a dizzying five storeys. The lattice design was to allow royal ladies to observe everyday life and festivals celebrated in the street below without being seen.This architectural feature also allowed cool air to pass through, making the whole area more pleasant during the high temperatures in summer. ⠀⠀⠀⠀⠀⠀⠀⠀⠀

Adrian Smith
Hawa Mahal also known as Palace of Wind. It has altogether 953 windows and is super airy. Great architectural Design in Rajasthan, India. Built up of red and pink sandstone and resembling a scintillating sculpture. At night too , the Palace display mesmerizing and captivating look to the visitors. I personally loved and enjoyed the vista of this great latticework.

Sivapriya H
It was an amazing place and beautiful. Good atmosphere and I wonder that how could a ruler build this beautiful monument? And I love this place. Hawa Mahal can help an historian to research their subjects and it says about history...I love very much and I repeatedly says that good atmosphere and make tension free...😊😊😊

Amiya Patra
Beauty in the middle of chaos of pink city centre. Visit this place at the evening time the light and colors will be totally worth it. It's located in Jaipur, India, and it means "The Palace of Wind". The palace was built in 1799 from red and pink sandstone, and comprises 953 windows. The original intent of the lattice design was to allow royal ladies to observe everyday life and festivals celebrated in the street below without being seen. This architectural feature also allowed cool air to pass through, making the whole area more pleasant during the high temperatures in summer. Each of the five floors of the Hawa Mahal has a temple in it. There is an archaeological museum located in the courtyard of the Hawa Mahal that displays a fine collection of antiques, weapons, and other items used by the royals.
Find multiple Jaipur Holiday packages, Budget Jaipur Tours, Family and honeymoon Jaipur trip packages .

What is the specialty of the Hawa Mahal?

Hawa Mahal was the summer retreat for many Rajput families during ancient times. It is one of the top attractions in Jaipur. The Palace of Winds or Wind Palace has as many as 953 small windows(jharokhas) that allow the wind to blow inside the palace. This passage of wind made the palace air-cooled in summers.

What is the total number of windows in the Hawa Mahal?

Hawa Mahal has 953 small windows or jharokhas that allowed royal ladies to observe the festivities, function, and life in the street without getting noticed. ...

Why is it named Hawa Mahal or the Palace of Winds?

Hawa Mahal is aptly called the Palace of Winds because its cooling system allows gentle breeze during the intense summers. ...

Can we enter Hawa Mahal?

Yes, tourists can enter the palace to experience this architectural marvel. Outside the palace, a shopping street awaits you to buy souvenirs....

What is there in the Hawa Mahal?

Hawa Mahal was built using pink and red sandstone on the border of the City Palace. It extends to the Zenana, or women’s chambers. ...

Who is the owner of the Hawa Mahal?

Rama Kumari Devi, Mayank Devi, Sarika Devi, Laitika Deo (Mayank's daughter), and Vishveshwar co-own the property. Mayank Devi has been taking care of the Hawa Mahal for the last two decades. She claims to be the legal Rajmata because she is the eldest daughter-in-law. ...
Get upto 30% Lower Prices
Please check the form below for errors

The Mahakal Temple in Darjeeling is located on the summit of the observatory hill and definitely it...

We all need a break from our daily busy life. The only way to get rest is to go somewhere and see so...

Kedarnath
Nestled in the lap of the Himalayas, Kedarnath, surrounded by snow-clad peaks, dedicated to Lord Shi...
Sajjangarh Monsoon Palace

Mahabaleswar Swamy temple is a Shiva temple at Gokarna of Karnataka, India. The temple featured the...

Jaipur
Jaipur and Udaipur Darshan
Udaipur Holiday –The town is known for its lakes and the Rajasthan State's crown jewel. U...
5 D · 4 N
₹9050 ₹8145 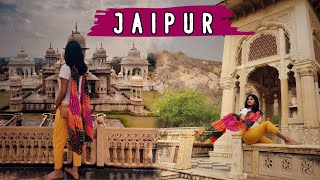 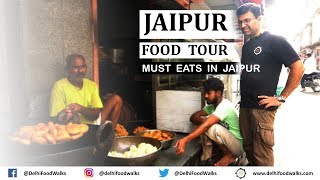 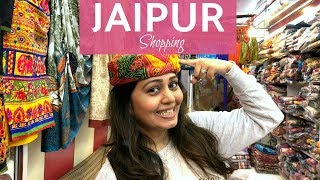