Mehrangarh is one of the most splendid forts in India. It is located in Jodhpur, Rajasthan, 410 feet above the city on a precipice. This most impressive works of ancient times is an epitome of India's glorious past and rich heritage.

Jodhpur is situated in the Thar Desert. The fort faces the walled city, where almost all buildings are painted in blue shade. This uniform color scheme makes Jodhpur a blue city.

The fort stands on Bhakur-Cheeria(Mountain of Birds). Strongly fortified walls enclose the citadel. It houses several palaces with intricate carvings and courtyards.

This former 15th-century fort has been converted into a museum. The museum exhibits royal palanquins, paintings, and weapons.

Rao Jodha succeeded to the throne of the Jodhpur Rathore dynasty. A year after his coronation, he built Mehrangarh Fort in 1460. Its walls have faced fierce battles, storms, rains in the past, and cannon marks on the walls are testimony to the struggle.

The fort derived its name from Mehr-Garh. “Mehr" stands for the Sun, and Garh means "fort." The Rathore dynasty had Sun as its patron deity.

Various legends do the rounds about the construction of Mehrangarh Fort in Jodhpur, India. As per fort history, a hermit used to reside on the hill. He got disturbed and cursed Rao Jodha that the fort would face droughts and adversities.

The king used to do human sacrifices as preventive measures for adversities. As per a tale, four people were interred alive at the four corners of the fort. Another story goes that a man, Mehran, was thrown from the hilltop to sacrifice him. You will hear these mysterious tales from guides and locals.

The architecture of the fort will mesmerize you in the first glimpse. Well-founded walls give the fort a robust and strong look. The interiors have detailed glasswork that teleports you into the golden epoch.

Sheesh Mahal features intriguing glass and mirror work. A small enclosure lets you view the stunning carvings because the chamber is restricted to the general public. Flower patterns and paintings adorn the palace walls and portray Indian Mythology.

Phool Mahal was the private party room for the royal men during the golden period. Paintings on the walls portray the royal family. The palace is full of colors with glasswork windows, carpeting of the floor, and ceiling.

The royal ladies used to view the royal court's proceedings from the windows of the Jhanki Mahal. Its ceilings are designed in blue. You will witness some cradles from the olden times.

Festivals in and around Mehrangarh fort

This festival is celebrated in October. This music and arts festival encourages the traditional folk dance, music, and art of the state. UNESCO patrons this incredible endeavor of promoting folk art forms in Jodhpur.

Apart from appreciating this majestic edifice's architecture, you can unwind with so many activities around the fort.

Deepak Pareek
Most amazing experience. The best site to reconnect with the royal heritage of erstwhile Marwar Riyasat or present day Jodhpur and Rajasthan. Fort is well preserved and gives goosebumps. Museum is well equipped with heritage and weapons, palquins used in old times. Fort gives wide panoramic view of Blue city. Must visit this historical site if you are in Jodhpur.

Abhinandan Nath
The most intricate work I have ever seen. You could spend an entire day here and still want to stay more. Absolutely stunning. Marvellous. Breathtaking...superb...just amazing....one of the best Marwad region Fort...the architect of fort is amazing...The most beautiful Palace I have ever seen. It is so big, there isn't a whole lot inside, but the outside views are incredible. Don't be rushed, go early and get the composite ticket and do all the rest of the 8 things on the ticket. There are a few hawkers up the stairs so just keep your head down and get to the top. If you do not visit this place, you are missing out a lot of pleasure. I mean, its just incredibly gorgeous and they have maintained it with all it's glory.

Om Prakash
A magnificent historical edifice that serves as the crowning glory of Jodhpur, this fort stands on top of a raised hillock that is 400 metres above the level of its surrounding terrains. With its sprawling expanse, it prides in being one of the largest forts present across the country. The eventful history, well-preserved heritage and impressive architecture of this fort make it the face of Jodhpur on national as well as global platform. Mehrangarh – a word for 'fort of the sun' – was chosen as the name of this massive structure that is 500 yards long and features 120-feet high and 70-feet thick walls. Today, this fort is preserved and owned by Maharaja Gaj Singh II – the current Rathore ruler. The highlights are its seven imposing entrances, which include the famous Jai Pol (victory gate) and Fateh Pol. Exquisitely designed palaces like Moti Mahal (Jodhpur Zenana), Sheesh Mahal, Takhat Vilas and Phul Mahal speak of the architectural splendour of the royals. Mirror work, intricate ornamentation, beautiful glass panel, alcove and impressive woodwork adorn these palatial buildings. A large part of the Mehrangarh Fort has been converted into a heritage museum, which is one of the finest museums across the country. The three-storey Daulat Khana Gallery houses treasured artefacts related to Rathores. Visitors can purchase exclusive souvenirs from the museum shop, which is the only such shop in the country.

mintoo toofani
Mehrangarh, located in Jodhpur, Rajasthan, is one of the largest forts in India. Built in around 1459 by Rao Jodha, the fort is situated 410 feet (125 m) above the city and is enclosed by imposing thick walls. Inside its boundaries there are several palaces known for their intricate carvings and expansive courtyards. A winding road leads to and from the city below. The imprints of the impact of cannonballs fired by attacking armies of Jaipur can still be seen on the second gate. To the left of the fort is the chhatri of Kirat Singh Soda, a soldier who fell on the spot defending Mehrangarh. There are seven gates, which include Jayapol (meaning 'victory gate'), built by Maharaja Man Singh to commemorate his victories over Jaipur and Bikaner armies. There is also a Fattehpol (also meaning 'victory gate'), which commemorates Maharaja Ajit Singhji victory over Mughals. The museum in the Mehrangarh fort is one of the most well-stocked museums in Rajasthan. In one section of the fort museum, there is a selection of old royal palanquins, including the elaborate domed gilt Mahadol palanquin which was won in a battle from the Governor of Gujarat in 1730. The museum exhibits the heritage of the Rathores in arms, costumes, paintings and decorated period.

Amir Khan
Obviously, this is the most important place in Jodhpur to visit. Very majestic looking with exhibits of lots of arts and crafts of those times, the various mahals inside .. and last but not the least. the spectacular view of the blue city in the background of hills around. We walked down from the Fort to the Clock tower (heart of the city) through the blue city. It took around 45 mts . I would suggest his worthy memorable experience for those who like such walks.
Find multiple Jodhpur Holiday packages, Budget Jodhpur Tours, Family and honeymoon Jodhpur trip packages .

Who is the owner of Mehrangarh Fort?

H.H. Maharaja Gaj Singhji was the 36th custodian of Marwar-Jodhpur, and he established the Mehrangarh Museum Trust as a leading cultural institution and center of excellence in 1972. He opened the fort for visitors.

Why was the Mehrangarh fort constructed?

The king could not find a savior amongst his subjects. Rajaram Meghwal was a noble-minded person who came forward to sacrifice his life. After his live burial on an auspicious day and spot, the king laid down the foundation of the Mehrangarh Fort....

What is the meaning of Mehrangarh?

Mehrangarh means 'fort of the sun.' The royal clan had mythical descent from the sun god Surya. ...

What time does it take to visit Mehrangarh Fort?

You should allocate one to three hours to visit the Mehrangarh fort to get around at a relaxed pace. Time depends on the level of interest in the place. ...

Why do we call Jodhpur a Blue City?

Jodhpur is famous as a blue city because almost all the buildings are painted in a slight tinge of blue. The oldest district lies to the north of the city with a uniform color scheme. Mehrangarh Fort’s battlements are the best vantage point to view the blue painting of Jodhpur....

Who was the ruler of Jodhpur?

In 1459, Rao Jodha was the first of the rulers of the Rathore dynasty in Jodhpur. He made the fortunes of the dynasty. Rathore rulers established the dynasty of Jodhpur princely state in the 8th century. ...
Get upto 30% Lower Prices
Please check the form below for errors

Andaman Nicobar is a group of more than 200 islands located at the Bay of Bengal. Neil Island is one...

If you plan to visit Uttarakhand, Then why only religious places? This state also offers many aspect...

Jaigarh Fort is a majestic citadel perched on the top of the ‘Cheel ka Teela’ of the Ara...

Also referred to as Abbi Falls, Abbey Falls, located near Madikeri, is said to be a perfect place to...

Rajasthan
Glimpses of Mewar
Explore all the top tourist attractions in Rajasthan with Glimpses Of Mewar. Book Rajasthan Tour Pac...
7 D · 6 N
Deal of the day
10%
off 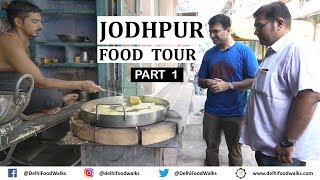 A Video Story On Jodhpur Food Tour
Delhi Food Walks went on a street food tour covering some of the lesser known street delicacies in Jodhpur. In Jodhpur,... 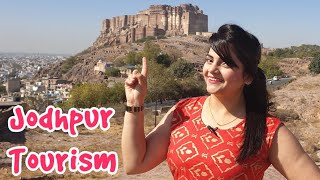 Short Film Showing Jodhpur Tourist Places | Best Places to visit in Jodhpur
Umaid Bhawan - One Of The Biggest Private Residences In The World. Houses A Museum, Five Star Hotel By Taj And The Resid...
GET QUOTES