Madikeri Fort is one of the most interesting and exquisite places for sightseeing in Coorg. It is said to be first built in the last quarter of 17th century by Mudduraja. There was a palace built inside the fort also. It was rebuilt into fort of stone and bricks by Tipu Sultan, who gave for the name of Jaffarabad.In 1814, the fort was built with mortar and bricks by the Lingarajendra Wodeyar II.

There has been battles which the fort has seen and thus represents a rich and upscale historical and cultural background. In 1790, it came under the control of Doddavira Rajendra. Later it was renovated by Tipu Sultan. This reconstruction was followed by the renovation by the King Lingarajendra Wodeyar II.

British also renovated the fort twice. In the year of 1933, a tower and a portico to park the commissioner's car were added within the complex. And now it serves as the office of the Deputy Commissioner.

As you enter the fort, you'll see two life-sized elephants made from mortar. Inside the inner fort, there was a temple dedicated to of Virabhadra which was removed by British within the year of 1855 so on build an Anglican Church in its place. The Church presents beautiful architecture with Gothic style. Now it's been converted into a museum and offers tourists with varied sorts of antiques associated with the land of Coorg.

Several attractions catch the eye of the people that visit the Madikeri Fort. Perhaps the foremost exciting feature of the fort is that the Church-turned-museum, which is found within the compound. Known as the St. Marks church, it was raised by the officers of the East India Company, and the Government of Madras funded the building. After the country attained independence, the church was shut down, and the Government of Madras took control of it in 1971. It was later on converted into a museum.

Today, the fort houses the Madikeri Fort Museum, which is taken care of by the Karnataka State Archaeological Department. The museum comprises of several items that have historical connections, especially with British era, like the portrait of Kodagu's eminent personality, marshal K. M. Cariappa. It also preserves ancient artefacts and antique items that are connected to the fort.

Apart from visiting the museum, you can indulge yourself in the following activities:

Jungle safari: Spending a day within the wilderness of the Nagarhole National Park will make one stay humble and grounded in front of the majestic mother nature. The vast flora and fauna will leave one awestruck.

Photography: A photographer’s delight, Madikeri has several subjects ranging from animals to sunsets and historical places to villages to shoot. One can spend several days in the region and still have enough subjects left to shoot.

Trekking: Hiking, trekking or a simple nature trail along the many hills and various terrains of Madikeri will make one acquainted with the daily lives, culture and history of this particular region. This is perhaps the best way to become familiar with a place.

Historical tour: Kodagu has been under the strict rule of several kings and rulers. Their lives, rise and downfall, victory and losses have been etched in several historical monuments. Visit a few monuments to get a first-hand feel of the dynasties that ruled the region.

Temple hopping: There are several temples near Madikeri Fort dedicated to different gods and goddess of that particular region. Omkareshwara temple is the most popular temple along with Anjaneya Temple, Shree Kote Mahaganapati temple, Shri Kanchi Mahakamakshi temple, Ganesh temple and many more interesting places of worship.

Sandeep Sadanandan
I visited this place in January 2020. It is a good fort, but it is in bad stage due to lack of maintenance. Government should preserve places like this.

Abhijeet Landge
Early morning is the perfect time to visit Madikeri Fort. Great location, right in the center of the city. Good place to walk around the periphery and also gives one a glimpse of the town. And don't miss some of the beautiful small flowers that you can see from the walls. Ample parking and a small museum too is worth taking a look at. Would urge the authorities to take stricter action against those defacing the walls, clear the junk that's lying around.

Kushal Palya
Decent place and museum which was closed early in the morning.place has to be Renovation

Aakash Aakash
Such an IMPORTANT place and MAIN ATTRACTION of COORG itself. Such a BEAUTIFUL and PEACEFUL place to visit . Great thing is it is of FREE ENTRY and no charges for CAMERAS. At the time i was visiting the fort , it was CLOSED FOR REPAIR , so i was not able to see inside of the fort. Such a great HISTORIC PLACE which is a MUST VISIT .

What is the best time to visit?

October to May, as the monsoon subsides the weather gets pleasant and comfortable to explore the Fort at leisure.

How far is it from Coorg?

Madikeri Fort is almost 18km from Coorg via the Madikeri-Virajpet road.
Get upto 30% Lower Prices
Please check the form below for errors

Situated on the slopes of Jalapahar hills in Darjeeling, the Peace Pagoda, or the Japanese Peace Pag...
Amber Palace

Amber Palace features among the most visited forts and top attractions in Rajasthan. The fort is per...

North Bay beach, also known as Coral Island is one of the most travelled among the tourists and know...

Visiting Edakkal Caves is like visiting our forgotten past. These caves have provided great historia...

Viper place Island
We are going to travel to refresh our mood from our daily routine base life. India has a lot of hist...

Red Skin Island is one of the 15 islands parts of Mahatma Gandhi Marine National Park. This island o...

Aguada Fort was constructed in 1612 to guard against the Dutch and the Marathas. The Fort stands on...

The beautiful Sri Vadakkunnathan Temple is one of the oldest temples in Kerela. The architectural wo...

Karnataka
Explore Karnataka
Karnataka a blend of vibrant colours are on the display in the form of its diverse landscape, energe...
8 D · 7 N
₹22500 ₹20250
Deal of the day
10%
off

Karnataka
Splendors of Karnataka -
Pretty much indisputably the most vibrant country on Earth, India can conjure up a multitu...
6 D · 5 N
₹23000 ₹20700 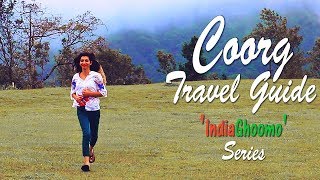