Ari Atoll (Alif or Alifu Atoll) in the west of Maldives is one of the largest atolls in the archipelago. Ari Atoll is around 30-kilometer-wide and 90 kilometer long.

A circular or oval-shaped reef structure with a lagoon in the center is defined as an atoll. These structures develop around a volcanic island after the island subsides, and the coral grows. The Maldives is on top of an ancient volcanic mountain range.

The turquoise water on Ari Atoll contrasts with the dark waters of the Indian Ocean. It is one of the world's lowest-lying countries with 80% of the Maldives' land one meter above average sea level. Resultantly, this low elevation makes its inhabitants vulnerable to sea-level rise.

For administrative convenience, it has two sections – North Ari Atoll and South Ari Atoll comprising 105 islands. Ari Atoll has been designated for tourism development in the Maldives.

As the most well-developed tourist zone, tourists flock the atoll for its aquatic life, diving areas, and natural beauty. The atoll is home to hundreds of dive sites for water-enthusiasts and adventure seekers.

Diving experience at Ari Atoll is distinct from the experience in other regions in the Maldives. It has underwater islands(thilas) instead of long stretches of the barrier reef. The diving area around atoll is kandu, which has many thilas.

The natives of atoll have superb diving skills, and their occupation is sail weaving, coral collecting, carving, and hospitality service.

The visibility of Mantas around Ari is the highest between August and November. South Ari Atoll preserves the whale shark and marine life in the area asa marine protected area. Immerse yourself in Maldivian culture while exploring the islands.

How to Reach Ari Atoll

You can reach Ari Atoll in a 30-minute seaplane flight from the capital Male.

Tourist resorts are there in more than 20 islands designated for tourism development. All the resorts have recreational facilities such as tennis courts.

In the Maldives, scuba diving is the most popular tourist activity. Air Atoll is a dream place for snorkelers and scuba divers. Diving and swimming alongside big playful species of fish such as manta rays, whale sharks, and hammerheads. It is an underwater dream for tourists.

Frogfish, blueline snappers, nudibranchs, zebra morays, and other colorful fish make it a top dive site for swimmers and divers. You might come across a guitar shark or eagle rays while traveling underwater.

Besides swimming and diving, you can explore a deserted sandbank to enjoy a barbecue and sandcastle building. You can also enjoy windsurfing on a wind board in the morning or afternoon.

Dhigurah is a long island in southern Ari Atoll with the stunning white-sand beach. Its giant sandbank sometimes connects Dhigurah to the Lux* Maldives resort to the south. Bikini beach, cafes, and souvenir shops are the main attractions. It is suitable for diving and beach holiday.

This island in North Ari Atoll is favorite among backpackers with a super bikini beach on the south and direct speedboat connections to Male. It is environment friendly with daily beach cleaning, biodiversity protection programs, and waste management, and its population is 900 people. Tourists can find a dozen hotels and guesthouses here.

Maamigili is a large island, which is home to 2300 people in South Ari Atoll. This busy fishing island with two harbors is a popular base for divers because of easy accessibility to Dhidhdhoo Beyru and its whale sharks. Tourists will get ATM, three restaurants, and guesthouses.

In North Ari Atoll, Mathiveri is home to 'Picnic Island' where people reach by swimming. Of three beaches, one is now a bikini beach. This serene and traditional island has some guesthouses and a population of around 600 people.

Mahibadhoo is the capital of South Ari Atoll, with a population of over 2000 people. Boatbuilding workshops, fishing fleet, and an old mosque are the main attraction with a busy, workaday place and commercial activities. Tourists can find guesthouses and ATM here.

Sajin M S
Ari Atoll (also called Alif or Alufu Atoll) is one of the natural atolls of the Maldives. It is one of the biggest atolls and is located in the west of the archipelago. The almost rectangular alignment spreads the islands over an area of about 89 by 3 kilometres (55.3 by 1.9 miles). It has been divided in two sections for administrative purposes, Northern Arizona Atolland Southern Ari Atoll consisting of 105 islands. Ari Atoll is part of the zone designated for tourist development in the Maldives. It is roughly a 30-minute seaplane flight away from the Capital Male.

ESPARTANO
Ari Atoll ) is one of the natural atolls of the Maldives. It is one of the biggest atolls and is located in the west of the archipelago. The almost rectangular alignment spreads the islands over an area of about 89 by 3 kilometres (55.3 by 1.9 miles). It has been divided in two sections for administrative purposes, Northern Ari Atoll and Southern Ari Atoll consisting of 105 islands. Ari Atoll is part of the zone designated for tourist development in the Maldives. It is roughly a 30-minute seaplane flight away from the Capital Malé. There are more than 20 islands in the Atoll designated for tourist resorts. Each island resort is self-contained with accommodation and recreational facilities such as tennis court. Scuba diving is the most popular tourist activity in the Maldives. The diving in Ari Atoll is extensive and is often defined by location within the atoll, either North or South.

How North and South Atoll Maldives are different?

Ari Atoll is the most convenient place for diving. It is a bit hard to dive into the North Atoll. In the south, it is easy to dive even for the less experienced divers because water is shallow and current is less.

How do I reach Lux South Ari Atoll?

Lux South Ari Atoll is a half an hour seaplane ride, and you will get seaplane from Male's Velana Seaplane terminal. All hotels greet guests at their counters in the international airport and then transfer them from the seaplane terminal....

Is there a house reef in Lux South Ari Atoll?

...There is no house reef in Lux South Ari Atoll. It is a 5-star island, and the food is very costly. If snorkeling is your priority, you should head to Vilamendhoo or Angaga just meters away from the shore.

Where are the Maldives?

...In the Indian Ocean, the Maldives is an archipelago of 1192 islands in the south-west of Sri Lanka and India. It is an independent country with many tiny islands and a population of about 357566.

Which are the main tourist resorts on Ari Atoll?

Is the Maldives dangerous to visit?

...Except pickpocketing or petty thefts at Male, Maldives is a safe place to visit because imprisonment and crime rate is low with strict enforcement of the law. A Word of Caution • Make it a point to lock your valuables in safe deposit boxes in your room. • The government is very stringent on the safety and well-being of tourists. • Onsite doctor or nurse handles general issues almost on every resort. • Keep prescriptions for any medicine that you take. • Some islands are infested with mosquitos, carry personal mosquito repellants or sleeping nets. • Grey Reef Sharks are found in places like Maaya Thila, and you can encounter them frequently. Get away from waters after sunset as sharks and eels lurk the water at night. • At the Maldives, you run the risk of the Zika virus. This virus causes some congenital disabilities and pregnancy complications, so pregnant women or couples trying to have babies should not travel to the Maldives.
Get upto 30% Lower Prices
Please check the form below for errors

Malé Atoll, Maldives
Malé Atoll is located in the Maldives that consist of smaller geographic atolls of Gaafaru an...
National Museum

The National Museum of Maldives was built to inculcate patriotic feelings in the citizens of Maldive...
Kuramathi

Kuramathi is an island in Rasdhoo Atoll. Rasdhoo is a small atoll with five islands. In the west, Ku...

Meeru Island is famous by the name Meerufenfushi. The island is particularly formed above the peaks...

The Maldives is renowned as well as distinctive around the world for its outstanding natural beauty...

Alimatha Island is an island that is the most impeccable spot for an impeccable vacation. This Islan...
Hulhumale

Hulhumale is in the south of North Male Atoll. Island is a beautiful blend of the nostalgia of the p...

Maldives
Maldives trip from Delhi
Explore all the top tourist attractions in Maldives with Maldives Trip From Delhi. Book Maldives Tou...
5 D · 4 N
Deal of the day
10%
off

Maldives
Escape to the Maldives
Explore all the top tourist attractions in Maldives with Escape To The Maldives. Book Maldives Tour...
5 D · 4 N 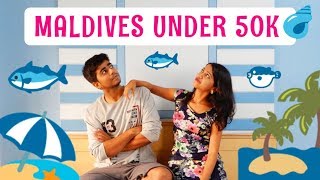 A Video On Maldives on a Budget
This video contains all the information about our Maldives trip. 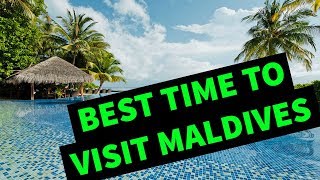 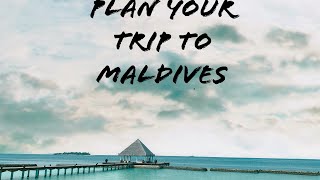 Learn about How I Planned My Trip To Maldives | Budgeting & Planning | Plan Your Vacation |
As lot of you were asking me various details of my Maldives trip, I thought to make another video trying to capture most... 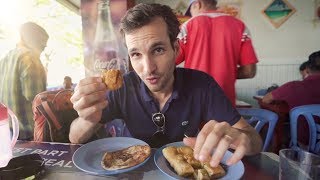 Watch The Unexplored Side of Maldives
Today we're exploring a side of the Maldives that rarely is pictured on YouTube. You might know the Maldives for its pri... 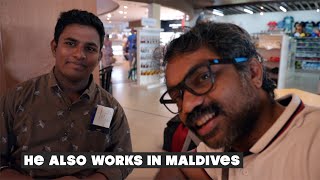 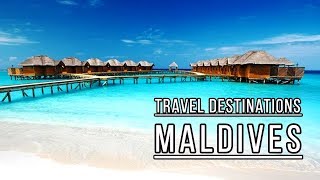