Situated within the impressive Louvre Palace that sits beautifully on the right bank of River Seine in the romantic city centre, the museum was initially constructed as a Louvre castle in the 12th-13th century under the regime of Philip Augustus. Louvre Museum became the home for French Monarchs in the 16th century. In 1682, Louvre turned to a place for showcasing royal artistic work when Louis XIV changed his resident to home Versailles. Since that day, this place is home to royal artwork by famous artists and painters of that time. Louvre was re-opened in the early 1790s with roughly 537 paintings after the french revolution. Many artworks were added to this palace under Napoleon's regime.

Louvre displays the prominent artistic work into its eight separate categories – Greek, Egyptian, Islamic, Roman, Etruscan, Paintings, Prints, Sculpture, Decorative Arts, and Drawings. What attracts tourists the most in Louvre Museum from everywhere is Leonardo Da Vinci's most admired painting Monalisa. The popularity of this painting got further height when Dan Brown wrote a novel on it with the name "Da Vinci Code". The other paintings that you must see at the Louvre Museum are Law Code of Hammurabi, Dying Slave by Michelangelo, Liberty Leading the People by Eugene Delacroix, and Venus with Three Graces by Botticelli.

Louvre Museum is undoubtedly one of the charming places to explore in Paris. It is so enticing that one entering the Louvre Museum can't leave it without spending an hour or two there. Several functions and art exhibitions are held at the museum, making it an unmissable attraction in Paris. A person with an immense love for historical facts and places should add this place to his bucket list to get a glimpse of the past of France. Without the need to mention, your trip to the Louvre Museum will be worth your time and money.

Here are the few things that you must keep in mind before actually visiting Louvre Museum:

Here’s an overview of other things that are often included on the “Louvre Greatest Hits” list.

This Egyptian sculpture is remarkable as it dates from 2600-2500 B.C.E and is in fantastic condition. It’s painted limestone, and the eyes include pieces of crystal.

This Greek statue of Aphrodite is named for the island where it was discovered (Melos) and dates to roughly 100 B.C.E

You may not know the name of this marble sculpture , but you will recognize it. It’s by Antonio Canova and was carved in the late 1700s.

There are two unfinished carvings by Michelangelo at the Louvre, called the Dying Slave and the Rebellious Slave.

While many walk right by this Greek statue because its situated at the top of a staircase in the Louvre, its one of the most famous figures in the world. It dates from the 2nd or 3rd century B.C.E and depicts the Greek goddess of victory, Nike.

The Mona Lisa isn’t the only famous da Vinci painting in the Louvre. The museum also has the Virgin & Child with St. Anne, St. John the Bapist and Madonna of the Rocks on display .

Death of the Virgin

This Caravaggio painting was completed in the early 17th

The Wedding at Cana

One of several works by Raphael at the Louvre, this painting depicts the Madonna with a Christ child and St. John the Baptist as a child.

It’s not all Italian painters at the Louvre! This painting by Eugene Delacroix was completed in 1830 to commemorate the French Revolution.

The Raft of the Medusa

Another French painter, Theodore Gericault, completed this work in 1819.

The Coronation of Napoleon

This painting by Jacques-Louis David was commissioned by Napoleon and took three years to complete.

The Oath of the Horatii

Another painting by Jacques-Louis David, this one was completed in 1784 and shows a story from Roman history.

Marinko Zubac
The museum is amazing. We were the whole day in Louvre and still you have the impression that you could stay there forever. It's something you definitively should visit when in Paris. Buy your tickets online so you don't have to wait in queues for the entrance. The entrance to the museum is very simple. We waited for about 10 minutes to get through security. My suggestion is to get the Nintendo audio guide when visiting the Museum. It costs only 5 Eur and it helps a lot. The audio guide follows your location and helps to find around the museum. Its something like google maps for Louvre. When we were there Mona Lisa room was not too crowded so we had plenty of time to watch the painting. Do not search for souvenirs in the museum itself, you will have to go outside the museum in the direction of Metro station. There you will find the official Louvre Musem Shops.

Darla Matthews
So big- so much to see so don’t expect to see everything in a day. Stunning art- if you want to see the Mona Lisa, go early in the morning before the queues get extremely long. Also because of covid restrictions there is a one way system in some places making getting around a bit more tricky, so maybe plan what you want to see before you go if you have specific things in mind. Its a must see museum in the heart of Paris, that is just a dream for art lovers. Only downside is the crowds of people.

Jose Eduardo Gomes Rodrigues
Great! Much less people during this pandemic period.... Worth visiting now! And the staff amazing!

Benjamin Godallier
Amazing museum, the expositions are just so complete with thousands of pieces. The permanent and ephemeral expositions are all well thoughts and it is free for any European resident under 26! Pretty good deal

Branda Fanning
Absolutely breathtaking! An obvious MUST SEE while in Paris. Security only took about 10-15 minutes around 2pm. The line for Mona Losa took longer than security did. But the lines are worth the wait! The grounds of the Louvre are so well maintained and such a beautiful sight to see!
Find multiple Paris Holiday packages, Budget Paris Tours, Family and honeymoon Paris trip packages .

How can I prepare my visit to Louvre Museum?

The Louvre is indeed a very big museum. Remember to eat, rest well before your visit and make sure you wear comfortable shoes.

How can I avoid long waits to get into the museum?

Buy your ticket online and enter the museum via the orange line in less than 30 minutes.

Which is the best time to visit Louvre museum?

The best time to visit the museum is on Wednesday and on Friday.

Is there a virtual tour for Louvre?

Yes you can enjoy the virtual tour of Louvre museum by witnessing the exhibition rooms and galleries.

What is Louvre Museum famous for?

What is the speciality of the museum?

The museum is famous for its fashion, art, cuisine, and culture.There is a lot one can see and admire about. you can enjoy the virtual tour of Louvre museum by witnessing the exhibition rooms and galleries.

Where is Mona Lisa painting situated?

Mona Lisa painting is situated on the first floor, in the Denon alley. It is amid the Italy paintings of 1250-1800 and the France paintings of 1780-1850.
Get upto 30% Lower Prices
Please check the form below for errors

Casa Mila, La Pedrera, or "The stone quarry" is the last private residence building of the ingenious...

Eiffel Tower is a wrought-iron tower situated in Paris. It is one of the most popular tourist destin...
La Sagrada Familia

The Titlis is a mountain peak in central Switzerland, which is to be reached by a revolving cable ca...

Colosseum built in Rome Italy is one of the 7 wonders of the world. The colosseum is also very commo...

Piazza Navona is undoubtedly one of the most beautiful Baroque Square in Rome, Italy. It is a must-v...

Zurich
London Swiss Paris Family Vacation Packages
If you have always wanted to go on vacation to Europe, you must choose this package. Start this...
9 D · 8 N
₹98000 ₹88200

Scotland
Magic and Mystery of the Isles
3 D · 2 N

Paris
Amazing Europe
Europe is always a great idea! Plan a fun-filled holiday with a touch of history and explore the hig...
11 D · 10 N

Switzerland
Hypnotic Switzerland Tour Package
Switzerland is truly one of the greatest gifts God gave to man! Tourists visit Switzerland from ever...
5 D · 4 N
Featured
Deal of the day
10%
off 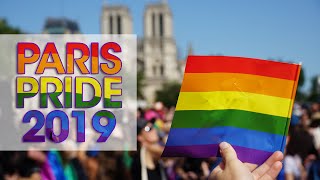 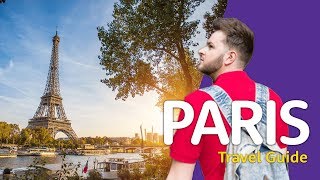 A Video Story On Paris Travel Guide
Here’s our Essential PARIS Travel Guide, giving you Everything  you need to know to travel better on your own... 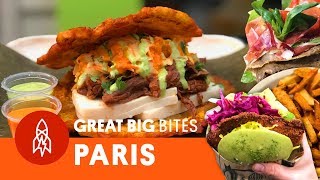 Learn about 5 Of The Best Street Food Finds In Paris
In this reel, we travel to Paris and discover a vibrant street food scene that breaks, bends and rewrites the rules. Fro...
GET QUOTES