Maharana Sajjan Singh built a magnificent and stunning palatial residence on the Bansdara peak of Aravalli hills in 1884. The palace provides a panoramic view of the City Palace, Lake Fateh Sagar, countryside, and the king’s ancestral home, Chittorgarh.

The Royal family used to feast their eyes on the monsoon clouds from Sajjangarh Palace, which is why the palace is known as Monsoon Palace. It also served as a hunting lodge for the royal family. Fairy lights at night give a spectacular view of the palace.

During monsoon, clouds scud by, and the mist forms on the lake, and colors change in the surroundings. It was initially conceptualized as an astronomical center for tracking weather and the monsoon. The palace was named after Sajjan Singh, who built it in 1884.

It lies about two miles to the west of Udaipur and visible from all corners of the city.

Maharana Sajjan Singh, the 72nd ruler of the Mewar dynasty, succeeded in the seat of Rana in 1874. He pulled off many civil projects, including Monsoon Palace, dams, roads, and water supply, during his rule of ten years from 1874 to 1884.

During the late years of his reign, he kicked off the most ambitious project of Sajjangarh Palace. Unfortunately, he died before he could complete it as per his vision of an astronomical observatory. Fateh Singh completed the construction. Maharana Sajjan Singh chose it as his palatial observatory.

In the evening, you can witness a stunning sunset from the vast balconies of the heritage building. Currently, the Forest Department of Rajasthan owns the palace. It is open for public visits.

Earlier, Mewar king ruled from Chittorgarh. One holy sage advised the king to establish a kingdom in the fertile valley surrounded by the Aravali Hills. So, Mewar King founded Udaipur in 1557.

After Mughal Emperor Akbar attacked Chittorgarh, Udai Singh shifted kingdom to Udaipur for safety. Udaipur developed into the capital of Mewar and turned into a princely state of British India in 1818.  King George V regarded Udaipur as the most picturesque city amidst the mountains.

The façade is made of stark white marble in true Rajasthani style. Rajasthani architecture reflects in the domes, fountains, jharokhas, and high turrets. Marble pillars form the foundation of the fort. These marble pillars have been carved with exclusive motifs of flowers and leaves. The walls also have detailed carvings.

Lime mortar was used for plastering the palace walls. The central court has a staircase that leads to several quarters and rooms. The interiors dazzle tourists with an undeniable charm.

The ground floor now houses a museum with a collection of maps, paintings, and pictures.

An underground harvesting structure had a cistern of 195, 500 liters capacity in the palace to collect rainwater. It did not prove adequate due to Rajasthan's arid conditions. Eventually, the royal family abandoned the palace.

In 1983, James Bond film Octopussy featured it as the palace of exiled Afghan prince Kamal Khan. Afghan prince happened to be the villain of the movie.

Fact Book
The Monsoon Palace, also known as the Sajjan Garh Palace, is a hilltop palatial residence in the city of Udaipur, Rajasthan in India, overlooking the Fateh Sagar Lake. It is named Sajjangarh after Maharana Sajjan Singh (1874–1884) of the Mewar Dynasty, who it was built for in 1884. The palace offers a panoramic view of the city's lakes, palaces and surrounding countryside. It was built chiefly to watch the monsoon clouds; hence, appropriately, it is popularly known as Monsoon Palace. It is said that the Maharana built it at the top of the hill to get a view of his ancestral home, Chittorgarh. Previously owned by the Mewar royal family, it is now under the control of the Forest Department of the Government of Rajasthan and has recently been opened to the public. The palace provides a beautiful view of the sunset.

SAPNA SHETH
It was ok.. it needs renovation.. it can be skipped if visiting Udaipur for a short time..

Tinesh Shah (Megh)
A definite place to visit during moonsoon 😍

Gaurav Panchal
Very nice palace in the rainy or winter season or in cloud weather.

Which city is better, Jaipur or Udaipur?

Jaipur is a commercial and crowded city as compared to Udaipur. Jaipur is home to more historical monuments, and Udaipur has more lakes. At Udaipur, there are better and cheaper shopping opportunities than Jaipur.

Which hotels are around Sajjangarh Monsoon Palace?

Which restaurants are around Sajjangarh Monsoon Palace?

Which are the things to do in Udaipur?

Can you avail of audio guides at monuments in Udaipur?

You will get audio guides on different monuments in Udaipur to learn about the place's history and heritage....

Why is Udaipur known as ‘city of lakes’ or ‘the Venice of East’?

Udaipur is compared to Venice in Italy because five beautiful lakes surround it - The Udai Sagar Lake, Lake Pichola, Jaisamand Lake, Fateh Sagar Lake, and Rajsamand Lake. Udaipur became the second municipality of India in the 19th century. Lord Ripon awarded Maharana Sajjan Singh with the title "Grand Commander of the Star of India" on Queen Victoria's coronation in November 1881....
Get upto 30% Lower Prices
Please check the form below for errors

Mehrangarh is one of the most splendid forts in India. It is located in Jodhpur, Rajasthan, 410 feet...

Hill Palace is the largest and first-ever museum in Kerela. Located in Tripunithura, it is built in...

If you're interested in history or curiosity awakens in the mind in past stories, then especially th...

Varkala Beach is heaven in Kerela. Located in south Kerala at north end border of the Trivandrum. It...

Athirapally, The land of great waterfalls, rivers and forests. Athirappilly Water Falls is the large...

Radhanagar Beach or Beach number 7 is situated on the western coast of Havelock Island, Andaman. It...
Sariska Tiger Reserve

Sariska National Park in Alwar is the most popular national park among wildlife enthusiasts in the c...

Rajasthan
Golden Triangle
Pretty much indisputably the most vibrant country on Earth, India can conjure up a multitu...
4 D · 3 N
₹12900 ₹11610

Rajasthan
Highlights of Rajasthan
Explore all the famous ancient palaces, forts and museums in the royal state of Rajasthan with Highl...
5 D · 4 N

Rajasthan
Rajasthan Mewad - Ifly Pune
A journey that offers the best of Rajasthan! Nestled between the Aravali ranges, the Mewar region of...
8 D · 7 N
₹42000 ₹37800

Rajasthan
Women's Special Rajasthan Marwad
Padharo Mhare Des! Be pampered as a guest in colourful 'Rajasthan' as you explore the beauty of Marw...
8 D · 7 N 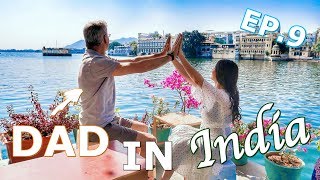 Learn about City Of Lakes Udaipur
City of lakes Udaipur. I;ve traveled all over India but never been to Udaipur. The palaces are Rajasthan Royalty but eve... 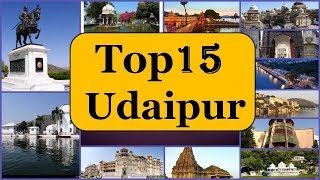 Video showing Udaipur Tourism | Famous 15 Places to Visit in Udaipur Tour
Explore the famous Udaipur tourist places and sightseeing spots for the best Udaipur tour experience. Some of the Top 15... 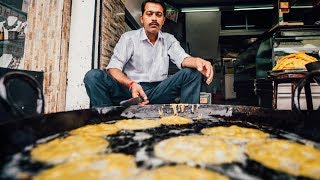 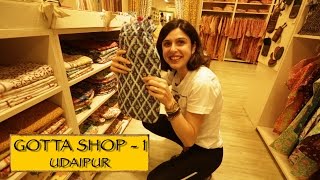 Video Showing Shopping In Udaipur
From malls, markets, to local shopping in Udaipur, you’ll never run out of what you can treat your shopaholic soul...
GET QUOTES