Rishikesh stands for many historical tales but from them, Neelkanth Mahadev temple is a famous one. This temple is situated between the Manikoot, Brahmakoot, and Vishnukoot valley at a height of 1330 meters. Nar-Narayan mountain range and forest surrounded the temple. Here you can see the confluence of river Madhumati and Pankaja.

In the month of Sharwan and during Shivratri many people come here to express their feelings and pray to god to remove all the sadness from their life. Devotees believe that Shiv baba gives them all the things they want. The way of the temple is very interesting, many people chose trekking to reach the temple. Mountains, rivers, and forests make this place more adorable.

According to Hindu mythology, a thousand years ago there happened a battle between Asuras and Gods to get Ambrosia. After some time they decided to divide it into them but that time no Ambrosia came out. There is a poison that came out and no one wants to drank it. At that moment, Lord Shiva drank the Poison. Mata Parvati came here and touch his throat and that time the poison hold there and his throat became blue and he is known as a Neelkanth.

Take a bath to clean yourself from inside:

Before going to the Pooja premises, taking a bath in the confluence of river Madhumati and Pankaja. This gives a fresh feeling to start your day with positivity and helps to relax your body and mind.

Go for Pooja with a trust:

We believe that if you do anything with a trust that works definitely. After bathing when your mind in a relaxed mood at that time you just think about the god with a belief that he surely fulfill your desire. With this positive mind go for the Pooja.

Look for the architecture:

The world was created by the god and God gives us eyes to see their creation. The temple’s architecture is a very beautiful and suitable place to click a photo.

Buy some Shiva idol for memory:

Don’t forget to buy the idol of lord shiva from the various stalls outside of the temple. Near the temple, you must visit Shri Sachcha Akhileshwar Mahadev temple, Tera Manzil Temple, Prakriti Vedic spa, Gita Bhavan, Tattva Ayurvedic center. These places are also the attractions of Lakshman Jhula.

Nursing Gyan
The lord shiva famous temple. It approx 25 km from Rishikesh . You can go via bike , auto etc .but now it closed due to COVID 19 pandemic .

Tikt Kamam
Glorious View From The Top. feels Like Heaven ..full of fresh air .no pollution clean weather . great Lifestyle .just 28-29km from rishikesh and Temple From Inside is Great..Historic Place as well as religious. If you want to go over there then go in the season of winters. The View In Winters is Great and You Can See Himalayas From There as well.

Utpal Mrinal
Nice location and no crowd coz temple was closed when I reached. The view in the way is a beauty. Temple is closed temporarily due to lockdown.

Ryan's Hell
It's a religious place This place is known for God Shiva. Noise free area and here is lots of trees and animals. In simple words this is very peaceful place

Krishnamurthy Kalyanaraman
Neelkanth Mahadev Temple is a sacred and famous temple located at 32 km from Rishikesh. Scenically situated on a hill at a height of 1330 mtrs, Neelkanth Mahadev Temple is a one of the most popular temples of Lord Shiva. A famous pilgrimage near Rishikesh, the temple lies above Swargashram adjacent to Nar Narayan mountain range. It is surrounded by dense forests and is adjacent to the mountain ranges of Nar-Narayan. It is enveloped between the valleys of Manikoot, Brahmakoot, and Vishnukoot and is located at the confluence of the rivers Pankaja and Madhumati. According to the mythology of the Puranas about the Neelkanth Mahadev Temple, there was a churning for nectar between gods and demons for some reason and that churning took place in the ocean of milk (Kshirsagar) . 14 gems came out of that churning (Lakshmi, Shankh, Kaustubhamani, Airavat, Parijat, Uchchreshva, Kamadhenu, Kalkuta, Apsara named Rambha, Varuni Madira, Moon, Dhanvantari, Amrit and Kalpavriksha); but along with the nectar, the poison was also released and that poison was so dangerous that one drop of it had the power to finish the whole world, ie, the world. Knowing that the gods and demons got scared and approached Lord Shiva to get rid of the poison. Then Lord Shiva drank the whole poison; Goddess Parvati did not allow him to swallow the poison down his neck, it was stuck in his neck. Lord Shiva's throat became blue after drinking poison and since then Lord Shiva also came to be known as "Neelkanth" . The shikhara of the temple is adorned with sculptures of various Devas and Asuras depicting the Samudramanthan. Neelkanth Mahadev in the form of Shivalinga is the presiding deity of the temple. The temple complex also has a natural spring where devotees usually take a holy bath before entering the premises of surrounded by dense forests. Must have dar4shan.
Find multiple Uttarakhand Holiday packages, Budget Uttarakhand Tours, Family and honeymoon Uttarakhand trip packages .

What is the distance between Rishikesh and Neelkanth Mahadev Temple?

Who built this temple?

According to Hindu mythology, Mughal Ruler was built this for his Hindu wife. Devotees believe that Shiv baba gives them all the things they want. The way of the temple is very interesting, many people chose trekking to reach the temple.

Which is the best time to visit this place?

The best time to visit this place is During the month of Sharwan and Shivratri. The way of the temple is very interesting, many people chose trekking to reach the temple. Mountains, rivers, and forests make this place more adorable.
Get upto 30% Lower Prices
Please check the form below for errors

Lakshman Temple is a Hindu temple on the banks of the Ganga River at Rishikesh, Uttrakhand. The scor...

Aguada Fort was constructed in 1612 to guard against the Dutch and the Marathas. The Fort stands on...
Hawa Mahal

Hawa Mahal or the 'Palace of the Winds' is one of Jaipur's most iconic monuments, dating back to 200...
Umaid Bhawan Palace, Jodhpur

Umaid Bhawan Palace is an embodiment of the state’s royal heritage at Jodhpur in Rajasthan. Ch...

Thinking of snow peak mountains, then dress up to get into the snow and curl up to cherish the beaut...

Baga Beach is a popular beach and tourist destination in North Goa. Baga Beach in Goa is a lovely re...
Kumbhalgarh Fort

Kumbhalgarh Fort is perched at an elevation of 1914 on the foothills of Aravali Ranges. Thirteen hil...

A Video Story of Dehradun - Mussoorie - Rishikesh, Uttarakhand
In this video we have discovered a true heaven on earth. This unseen region of India has plenty of incredible stories to... 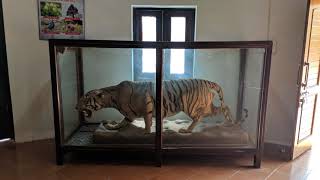 A Video Story of Paces In Uttarakhand
Uttarakhand is a state in northern India crossed by the Himalayas and is known for its Hindu pilgrimage places in the st...

Video showing UNSEEN INDIA : Dehradun - Mussoorie - Rishikesh, UTTARAKHAND
Welcome to UTTARAKHAND! Art Thomya, a Thai singer/songwriter, will show you one of the most unseen region of india - UT...