Learn about How Expensive is Japan? Traveling in Japan Tips for Independent Travelers

If you’ve followed my channel for a while, you’ll probably know that I spent twelve incredible days exploring the country of Japan back in January of 2019. To close out my Japan series, I wanted to share some helpful info I learned while I was there, particularly about how much traveling to and through the country will cost you and some tips that I hope will help you on your Japanese vacation. My trip consisted of 4 days in Tokyo, 72 hours total for Kyoto and Osaka, and then 5 days in the Yamanashi, Shizuoka, and Kanagawa Prefectures. A common misconception is that Japan is expensive. It actually isn’t, but it depends on where you’re from. If you’re from the U.S. or northern Europe, it’s about the same, price-wise, except for the food, which is cheaper in Japan than in my hometown of Miami. The food in Japan is amazing and so varied. Conveyor belt sushi is a quick, delicious, and cheap meal. Each plate, which contains two pieces, is about 108 Yen including tax. Adding an alcoholic drink adds about another $5 to $7. Japan has a wide variety of street food that usually costs between $3-$5 for multiple pieces. An entire, filling street food meal for one or even two people can cost under $10! Convenience store culture is massive in Japan, and the food there (which includes onigiri, sushi, oden, rolls, mochi, and more) is also very inexpensive. My Japanese breakfast buffet cost me about $50 for a huge spread of 25-30 different items. Beef bowls at Sukiya and Yoshinoya are both extremely cheap and high-quality options if you’re in a rush; these Japanese fast food chains are designed to get you in and out as quickly as possible. Attractions vary in terms of cost but are still inexpensive when compared to those in Europe and the U.S., which often cost upwards of $20 or $30. In Japan, even visiting places like castles and amusement parks were much cheaper. Prices change depending on the time of year. They’re lower in the winter. If you want to see cherry blossoms blooming, go to the city of Atami in January or February when everything is cheaper. Other cherry blossoms bloom in the spring when attractions and transportation are more expensive. The cost of transportation can vary, but in Tokyo, there are set prices to get from place to place. The lowest I saw was about 140 Yen and the maximum I saw was about 700 Yen. Usually I only spent $2-$3 on the metro, or subway. My Shinkansen bullet train ride cost me about $180 or $190 for a ride in the Green Car. For economy, it’s about $60 less. Attractions in Tokyo and Osaka are spread out, but the train system keeps everything well-connected. Kyoto requires lots of buses as well as walking. The travel distance between Kyoto and Osaka is only about 30 minutes on the bullet train, so it’s easy to travel between the two. Uber isn’t available in most areas of Japan, and in Tokyo it’s very expensive. If you’re traveling with lots of luggage, using Uber may be your best option if you don’t want to lug huge bags up and down the stairs at the different train stations. After you land at Narita Airport, the best way to get into Tokyo is by using the Narita Express train. It’s the fastest and most affordable. As far as accommodations, I did a mix of hotels and Airbnb. The 5-star hotel was about $600 per night and the 3-star was $300 per night. The three studio Airbnbs I booked ranged from $60 to $120 per night. There are also ryokans, or traditional houses that serve as hotels, but they are very expensive, roughly $300 per person, per night. Souvenirs like T-shirts are super expensive, upwards of $40 or $50. A great, inexpensive souvenir option are bottles of premier sake, which are only about $30 a bottle. Prices really vary. If you come to Japan in the winter like I did, know that while everything is more accessible because there are less tourists, you’ll also have to deal with the cold weather, so dress appropriately for 20 to 30-degree Fahrenheit weather. I recommend seeing Tokyo, Kyoto, and Osaka and the prefectures outside Tokyo 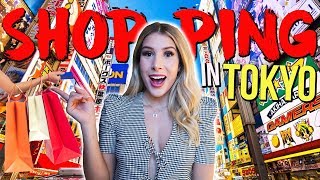 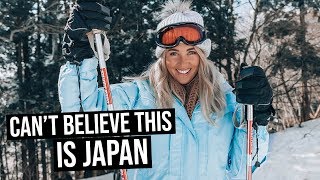 Watch Best Place To Ski In Japan | You Need To Go Here
Welcome back to Japan! Today we are heading up to a skii resort to finally learn how to sk...
Read More 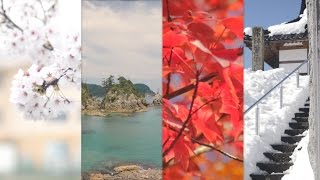 Video showing Best Season to Visit Japan
When to visit Japan? This video will briefly explain how every season in Japan can change...
Read More 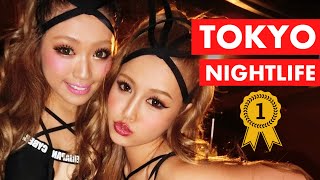 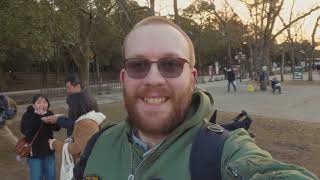 Japan
Best of Japan Tour Package
An ideal tour for the first-time visitor to Japan, this trip includes Tokyo, Mt. Fuji, Hakone and a...
5 D · 4 N
Deal of the day
10%
off