Planning a trip to New York City? Manhattan is a great place to visit any time of year, so a lot depends on whether you prefer sightseeing when it's warm or cool. Learn what you can expect weather-wise from each New York season in this travel video. The weather in New York City is great, it’s warm in the Summer, its cold in the Winter, it’s beautiful in the Spring, and it’s lovely in the Fall. It’s pretty much like that every single year. So, sometimes we certainly have extremes. Summer in New York City can be really really hot and its sweltering out, its not fun. Um At night in the Summer it tends to cool down, it’s really lovely out. In in the Winter it can get bone chilling, Okay, I’m not going to lie, it can get really cold here. The way the wind whips through the buildings, can like cut you like a knife sometimes. And it depends, you know last winter it wasn’t that bad and it never really got like super freezing. But I’ve had like other winters where we’ve had like insane snow storms where the city grinds to a halt, which is really awesome if you get to experience that. And the snow is piled like two or three car lengths high and everyone is like walking in the street in the middle of the street. But the two best times to come to New York City is the Spring and the Fall. The Spring is beautiful in New York, you know the tulips are coming up, Everyone starts getting really excited that it’s getting warm out. And everyone is in a really great mood. It’s sunny out earlier and the sun comes out later at night, so that’s really nice. Spring time in New York doesn’t get much better. The Autumn is also awesome. And the reason why I like the Autumn to travel and visit places is cause it’s kind of back to school for everybody. You know, its Summer is over everyone’s school vacations are done, or maybe your summer trips are done and everyone’s kind of back to work and you get to really see what’s going on in the city and how it functions on a normal day to day level. As opposed to you know you when you’re coming here in the Summer time on a weekend this place is dead-sicle. No one is in New York on the weekends, because most people are running off to the beach somewhere, but come September it’s great. Then the leaves start to change in New York, we’re really big on like Fall foliage. Everyone loves like leaves changing colors and people get excited to break out their sweaters. It’s complicated, but you guys are all smart and I’m sure you can figure it out. And that’s my advice for weather in New York City.
Find multiple New York Holiday packages, Budget New York Tours, Family and honeymoon New York trip packages .
Get upto 30% Lower Prices
Please check the form below for errors 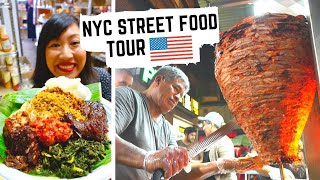 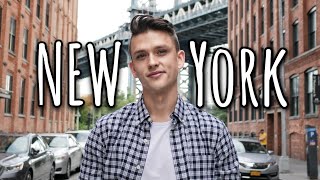 Learn about the Best Places to visit in New York City at Sunrise
Is there anything more breathtaking than getting up early in the morning and catching a gl...
Read More